Cranberry Wassail…  According to Wikipedia, wassail is defined as “a hot, mulled cider traditionally drunk as an integral part of wassailing, a medieval southern English drinking ritual intended to ensure a good cider apple harvest the following year.”

We offer a more modern, vegan and non-alcoholic version of Cranberry Wassail.  This cranberry juice based cocktail is flavored with apple cider, sugar, whole cinnamon sticks, allspice and a bit of ground nutmeg.  We gave ours a squeeze of fresh orange juice.  Garnish with orange slices or whole cloves and serve warm. 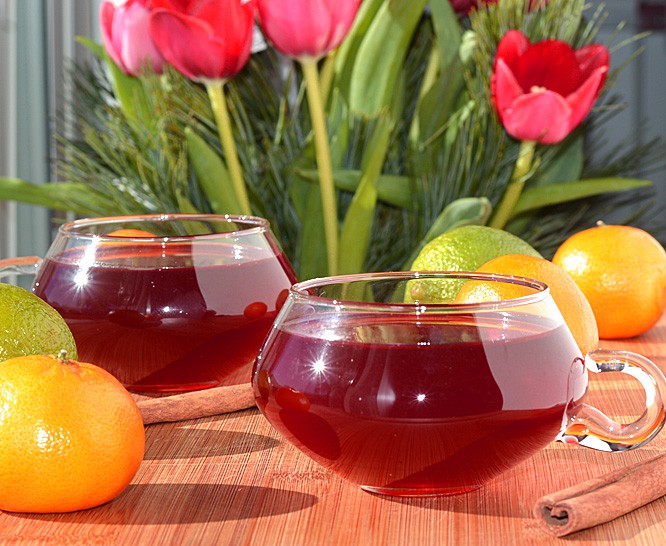 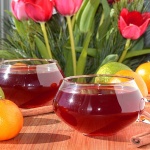