This dessert is as Easy as Apple Pot Pie … a little play on words, but this apple pie is more like a pot pie in that it only has a top crust.  Traditionally filled with sliced apples and cinnamon spice, and topped with a single layer of pie crust. 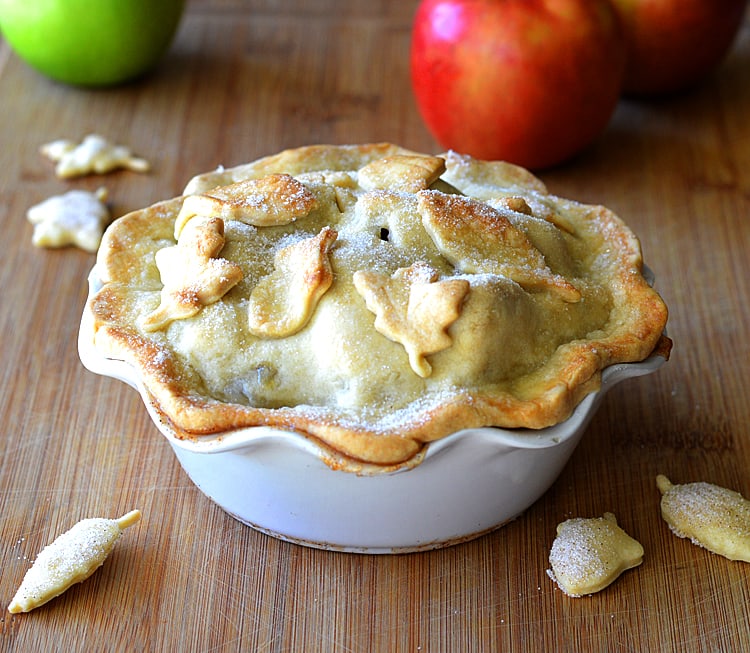 We used a combination of Granny Smith and Honeycrisp apples in ours, but you could use any combination of apples in season where you live.  The spice mixture is cinnamon, nutmeg and allspice with a bit of cornstarch to thicken up the filling. 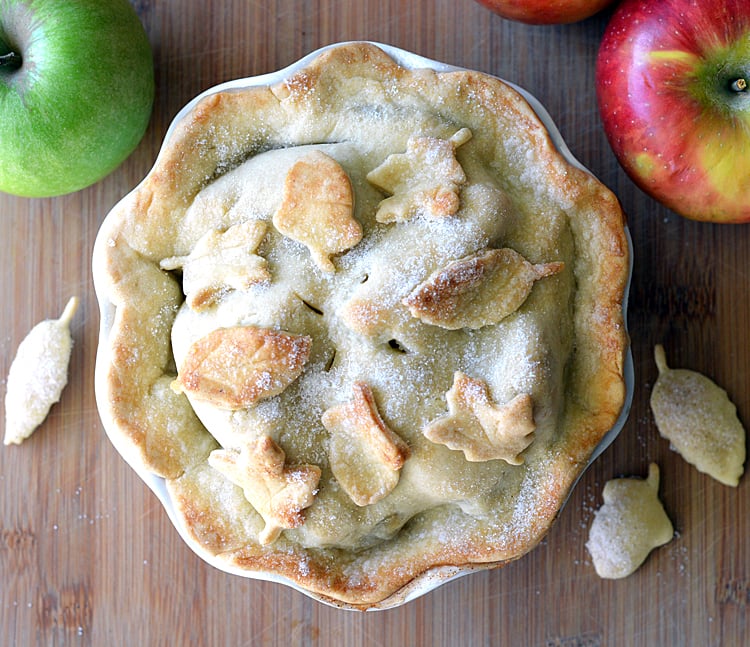 The dish we used was only a 5″ round and this recipe is for a 10″ single crust.  Don’t discard that extra dough!  Kids (and adults) will enjoy these cutouts dusted with cinnamon sugar.  To get the sugar to stick, we just sprinkled with water, but you could use almond milk, etc.

You’ll need to bake these separately as the pie will, of course, take much longer to bake.  These take just about 20 minutes. 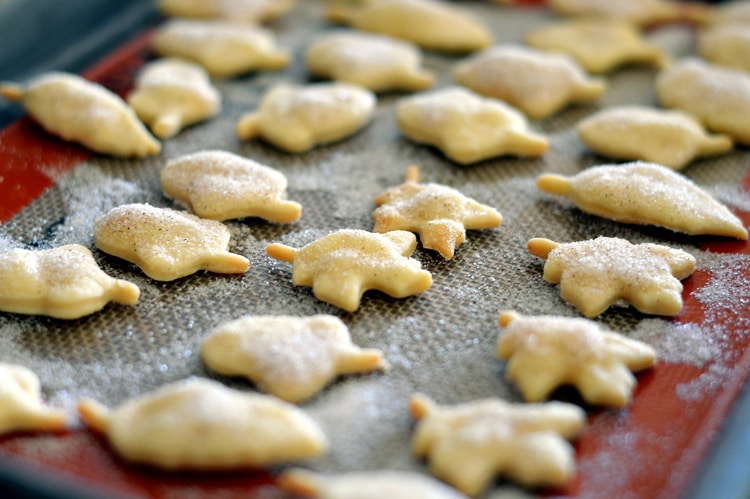 The amount of apples needed may vary based on the size.  We used 3 large apples for this 5″ pie dish.  Remember, you’ll want to mound them up high as they will bake down.  We took some of those cutouts before baking and “glued” them onto our crust with a bit of water and dusted the entire pie with sugar.  Bake until golden brown. 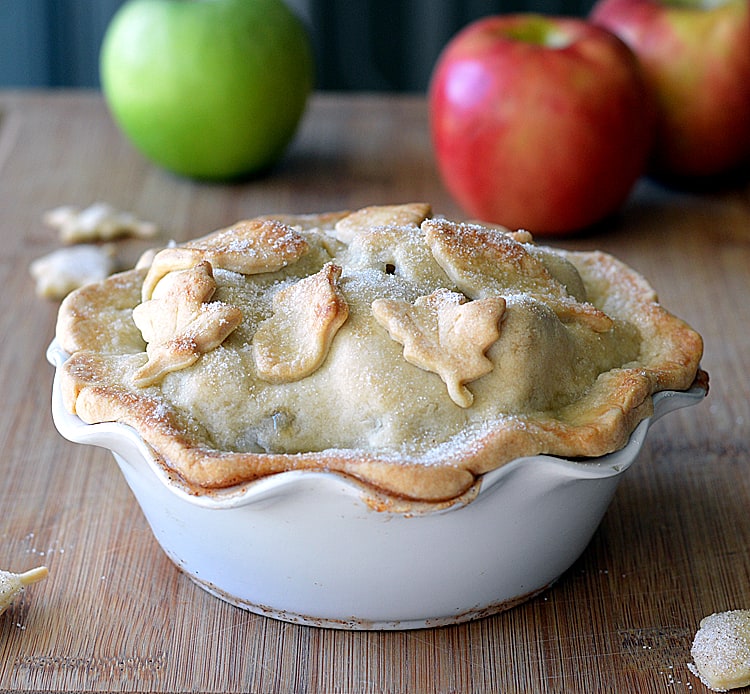 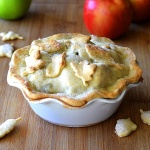