My latest pumpkin recipe comes to you in the form of Vegan Pumpkin Beer Pretzels!  Of course, you can make these any time of year with any kind of beer your prefer.  The beer in the batter along with a baking soda bath are what’s used to give these pretzels their rise. 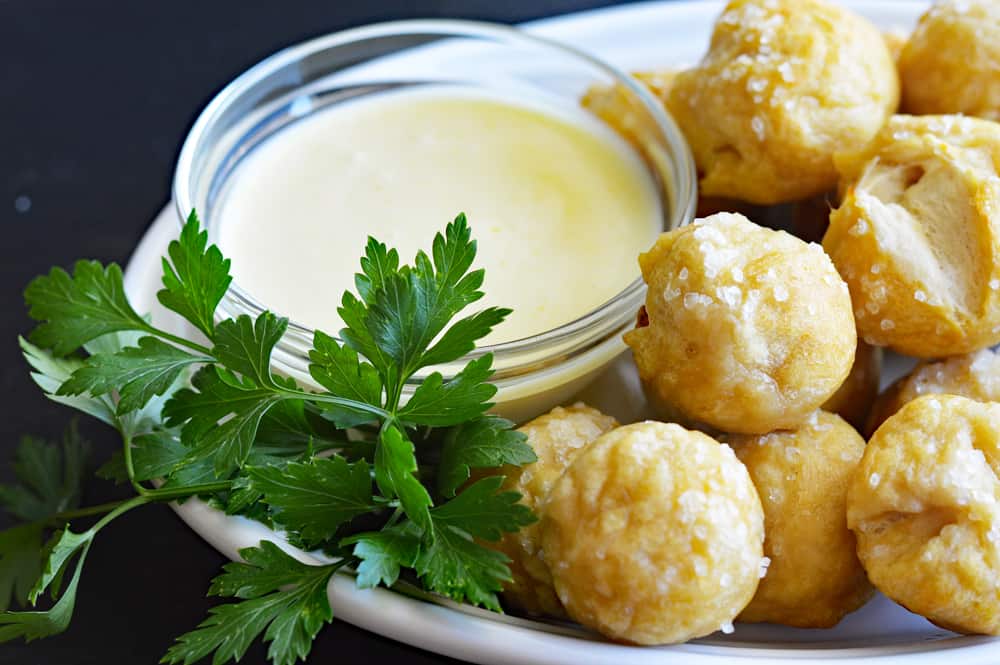 The dough comes together rather quickly.  But as with many yeast doughs, this one needs to rise for about an hour. Just place it in a lightly greased bowl, covered and let it double in size.

I just pat it into an even thickness on a lightly floured surface and cut into semi-equal sized pieces.  For each piece, I take and roll into a smooth round ball. 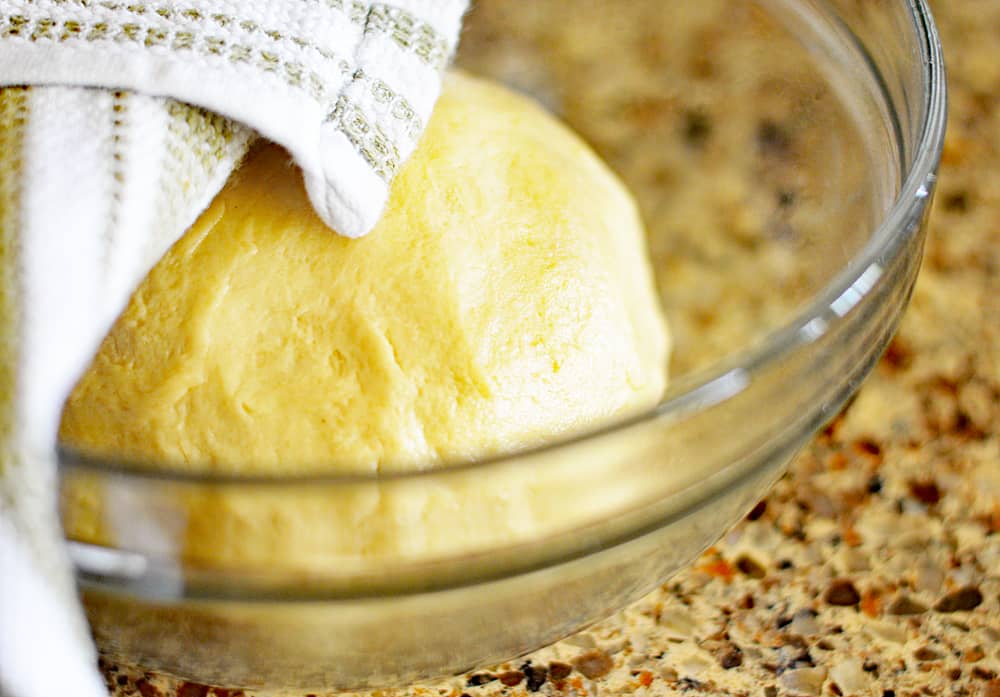 In a large pot of boiling water, you’ll add baking soda.  This is the first part of the cooking process.  They’ll puff up after about 30-45 seconds.  Remove with a spider or slotted spoon to a lined baking sheet. 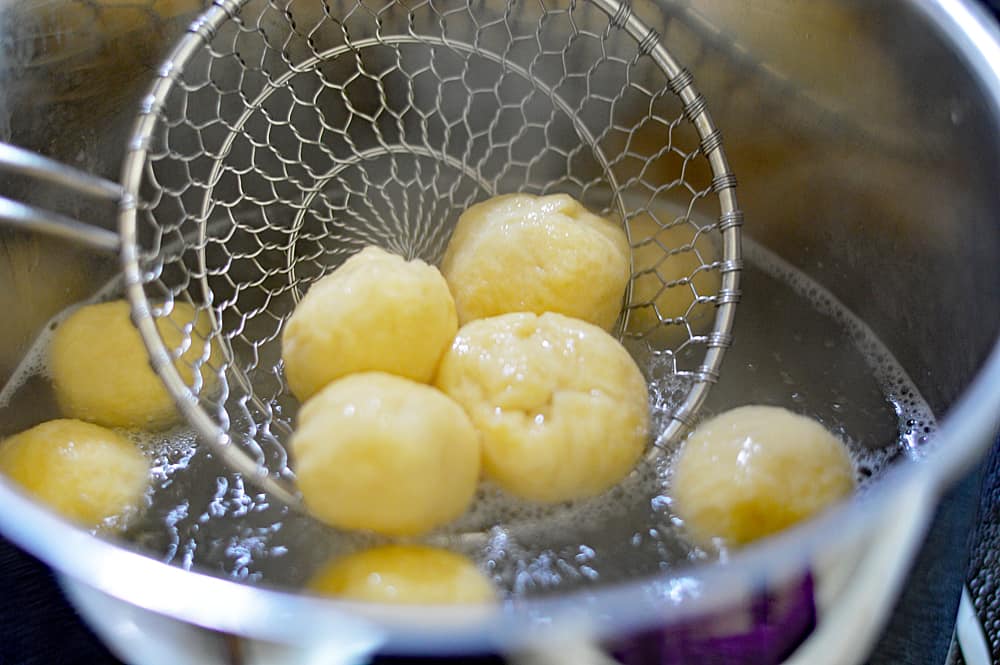 I allow them to dry just a bit before brushing with melted butter and sprinkling with some coarse salt. 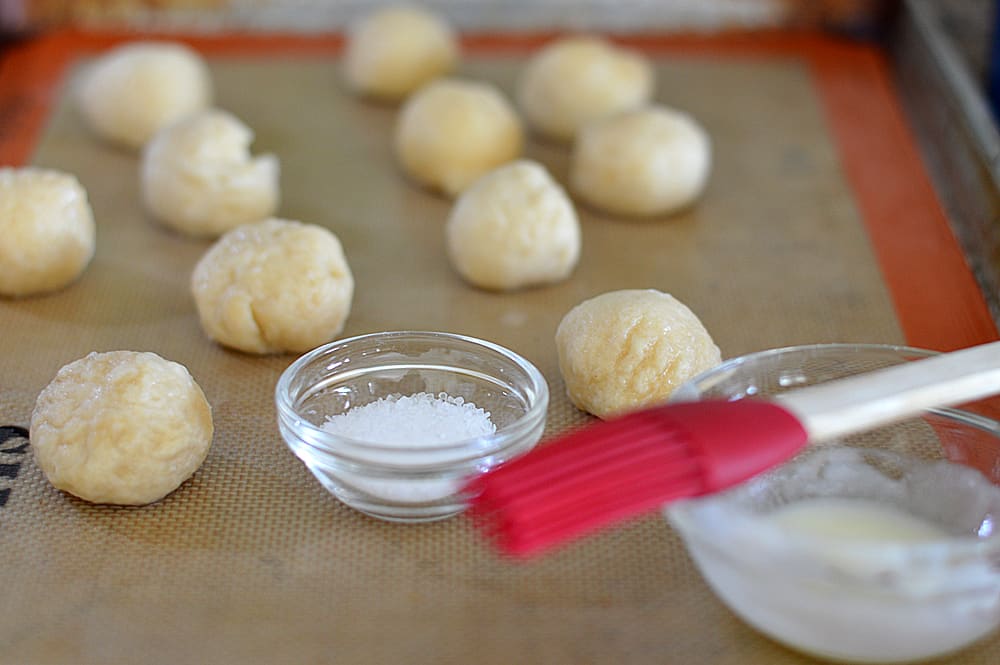 Finally, they get baked for about 15 minutes at 425 degrees until golden.  Keep an eye on the bottoms as they tend to get browned first! 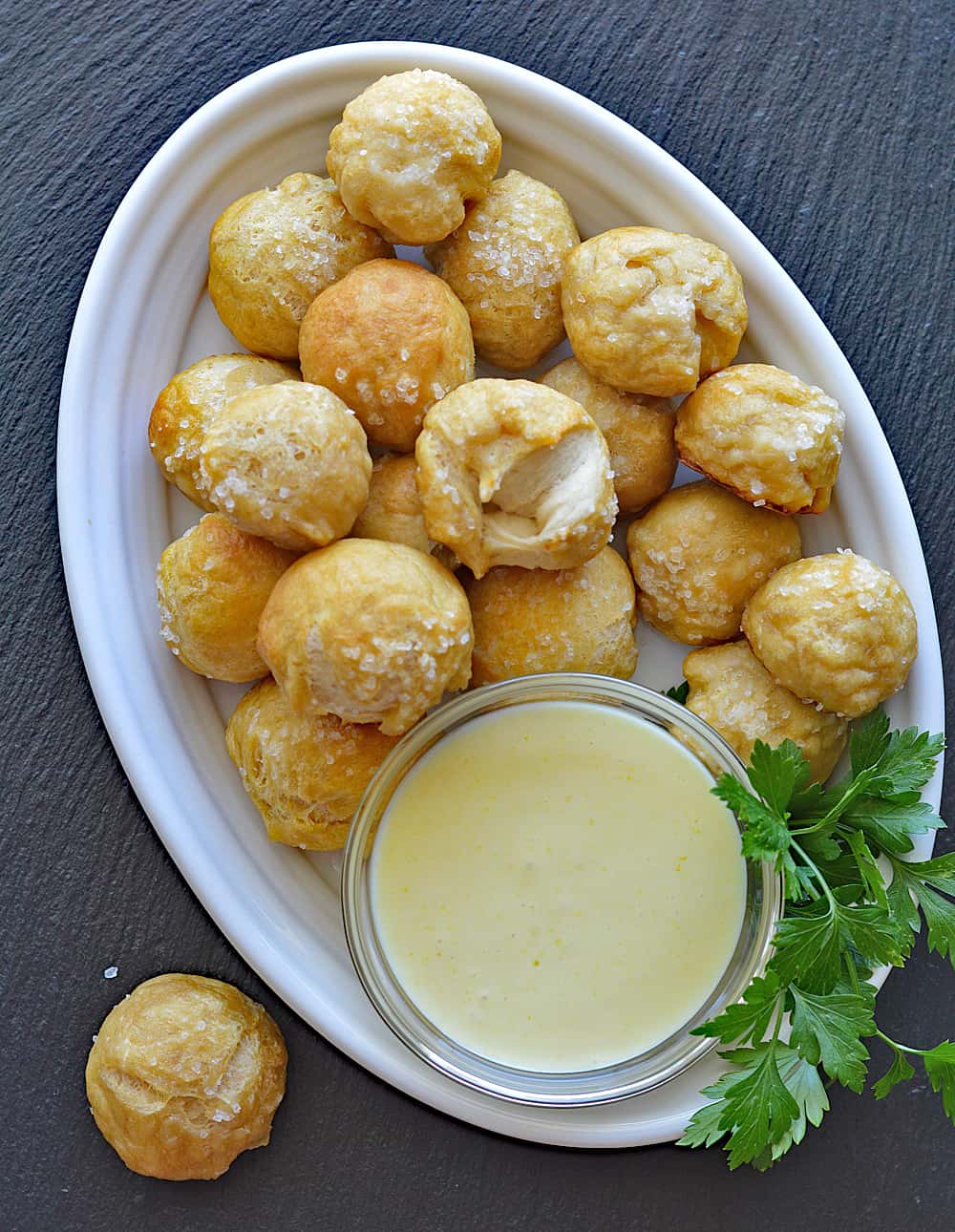 The dipping sauce is a vegan honey mustard made with this homemade Vegan Apple Honey.  You can get the honey recipe here.

These are so good, I really hope you give them a try! 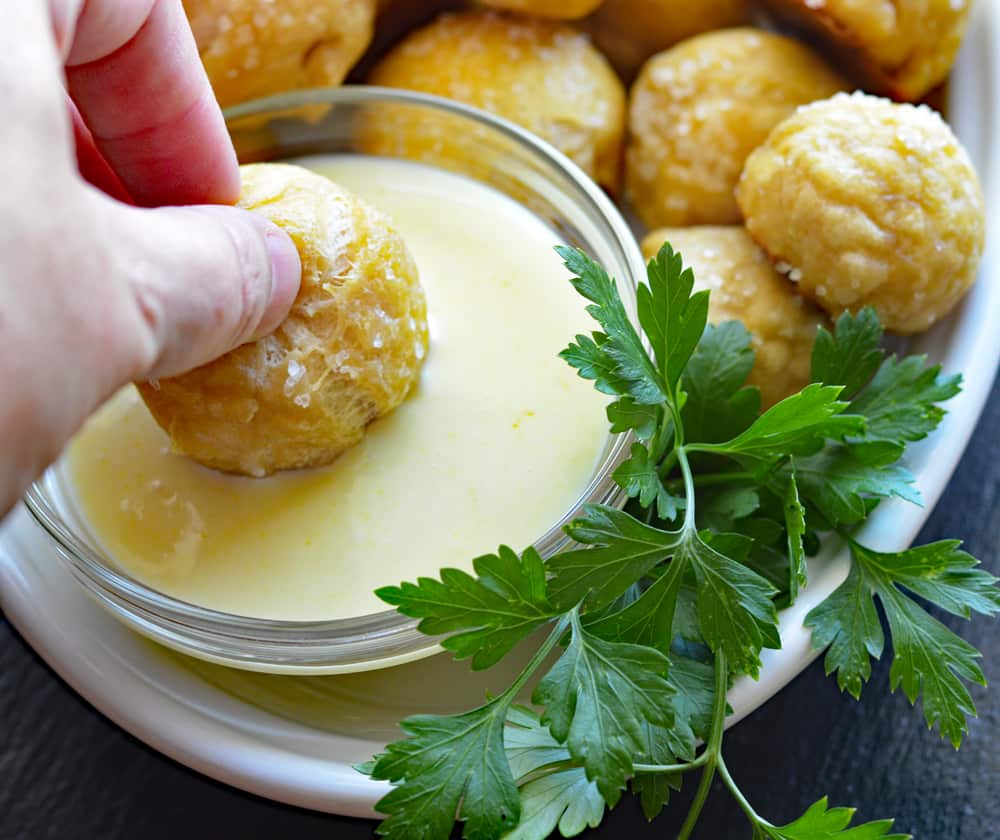 Did you make this recipe for Vegan Pumpkin Beer Pretzels?  Leave me a comment below and let me know what you thought of them! 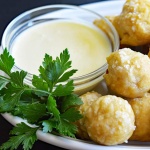 FOR BOILING THE PRETZELS: