I have been making some version of these Carrot and Apple Latkes for years.  I typically go for zucchini and onion but I realized I had purchased too many carrots this week and decided to give these a try.  In addition to carrots, I added apples for sweetness and onions for that savory component.  Everything gets shredded together in a food processor with the shredding blade attachment so it couldn’t be any easier to prep!

Lemon juice, garlic, salt, pepper and a flax “egg” round out the ingredients list.  You could also opt to add complementary spices such as cinnamon, allspice or ginger.   After everything is combined, I added two tablespoons of flour.  It initially looks like you need more moisture and as the juices release from the apple and onion, you might feel like you need more flour.  Resist the urge to do either.  I used an ice cream scoop to measure the batter and then formed them in my hands.  As long as you let one side cook completely before turning, they will absolutely hold together.  They will be crisp on the exterior and slightly soft on the interior.  For an even crisper latke, all you need to do is make them thinner. 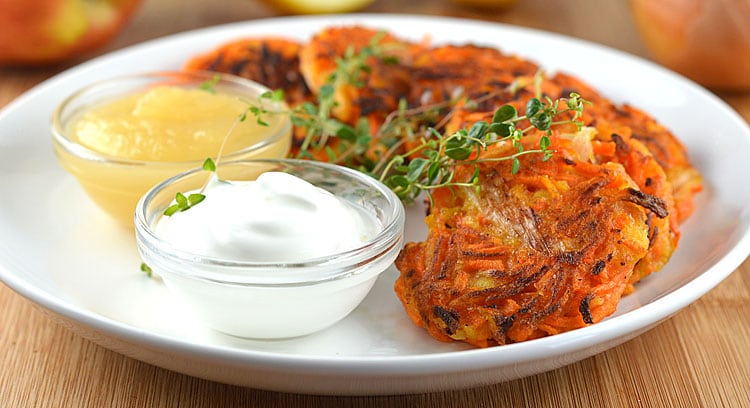 I used grapeseed oil today, but you could use any cooking oil that can withstand a medium high heat.  Make sure there is enough so they have something to cook in, otherwise a drier, hot pan will just blacken them.  These cook for about 3-4 minutes per side or until golden (as seen in the one below).  You can add a few at a time, but work in small batches and do not overcrowd the pan or you won’t be able to retain the heat, nor will it be easy to flip them.

Immediately transfer to paper towels to drain any remaining oil.  The latkes will not really absorb too much of the oil so long as you are cooking on a medium high heat.  If the pan loses temperature, they may begin to start soaking up the oil.  I used maybe 1-2 Tablespoons for the entire recipe, adding only as needed. 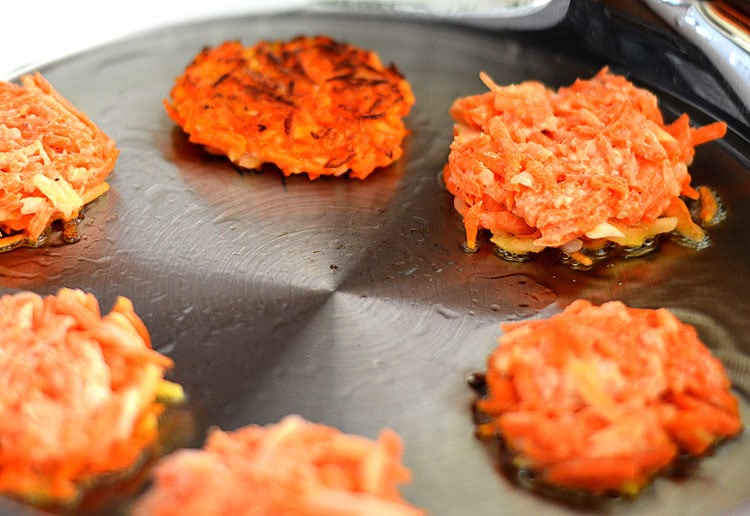 Allow them to sit on the paper towels for a couple of minutes to firm up.  They will still be soft, but are best enjoyed warm.  Important final tip!  Sprinkle with a bit of salt.  It makes a huge difference in taste.

Serve with vegan sour cream (such as Tofutti Better Than Sour Cream) and/or applesauce.  I really think you are going to love them and if you give this recipe a try, let us know how it goes! Leave  us a comment below or on Facebook.  I love it when you snap a quick picture and tag me @theveglife1 on Instagram so I can see 🙂 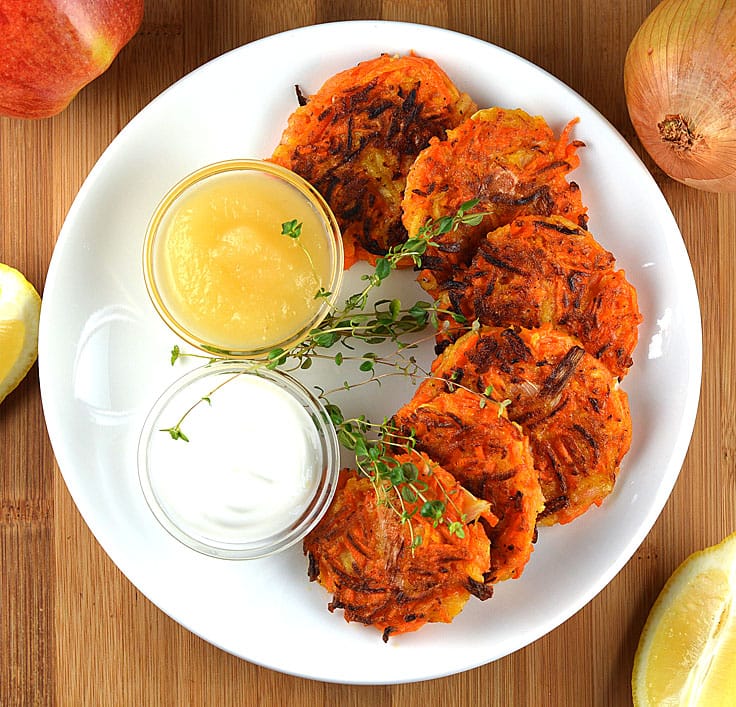 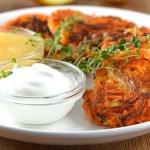