These Easy Hasselback Potatoes are par-cooked, smothered in a vegan butter, parsley and parmesan mixture – not once, but twice – then baked until golden and crisp. If you are new to Hasselback style potatoes, then this is a great recipe to start with. I serve with vegan sour cream, but feel free to use your favorite dipping sauce. Let me show you how I make them. 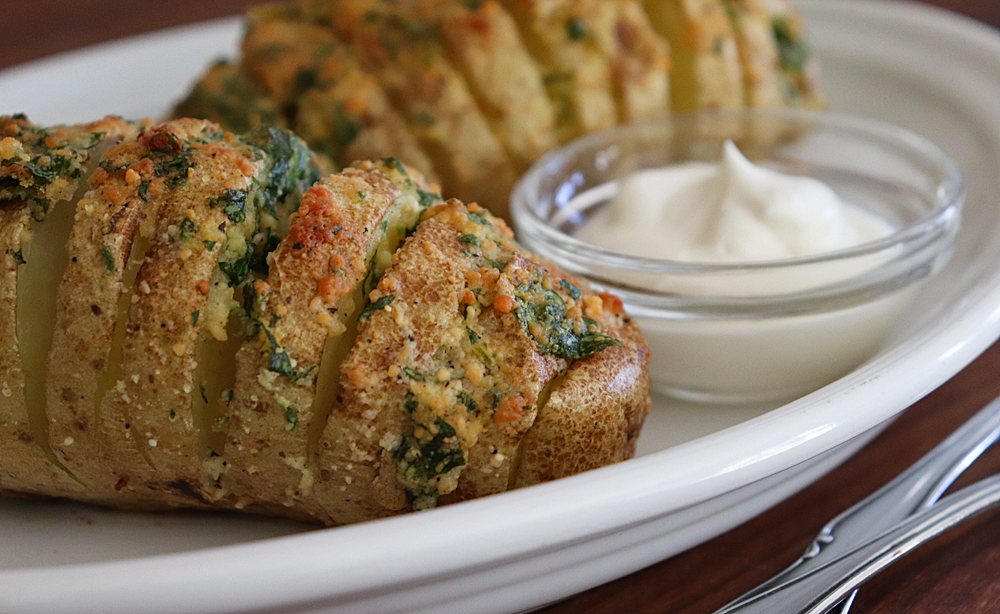 How to make Easy Hasselback Potatoes

Since we will be enjoying these potatoes with the skin on, you’ll want to really scrub them under running water and then dry with paper towels.

How to slice a Hasselback Potato

This step might seem daunting at first, but there are two tips I can give you to make it easier.

#1 Microwave the potatoes until they are par-cooked. This makes them softer and a breeze to slice. The remainder of the cooking is done when they are baked.

#2 Use something like skewers or chopsticks to guide your slices. You want 1/4″ slices that stop just shy of going all of the way through the potato. 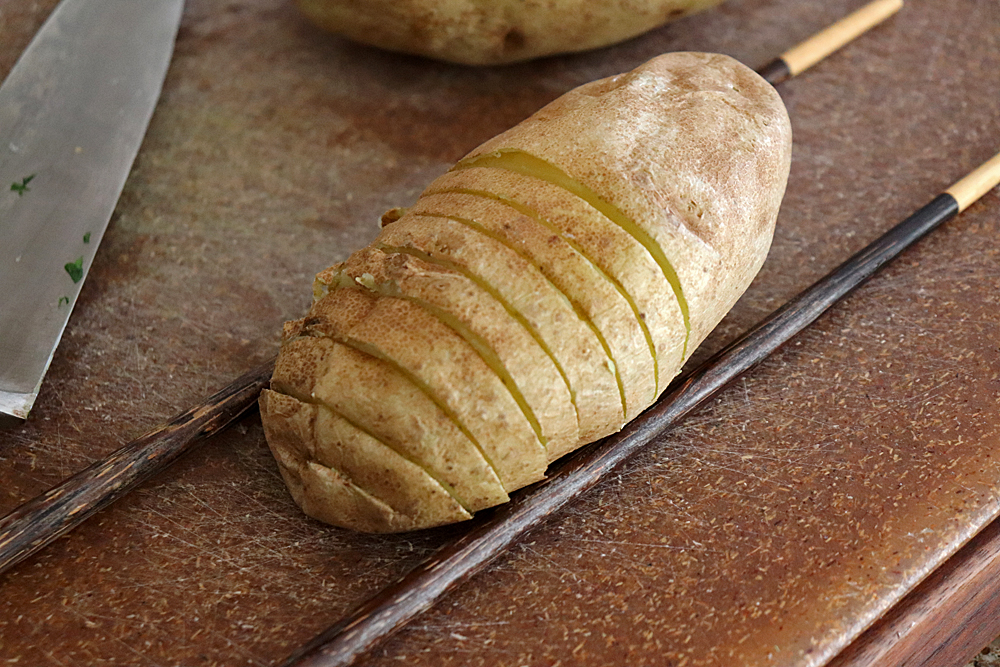 I am using vegan margarine that I have melted. I season with salt and pepper, add a bit of chopped parsley for color and finally, vegan parmesan. Most grocery stores carry it these days. 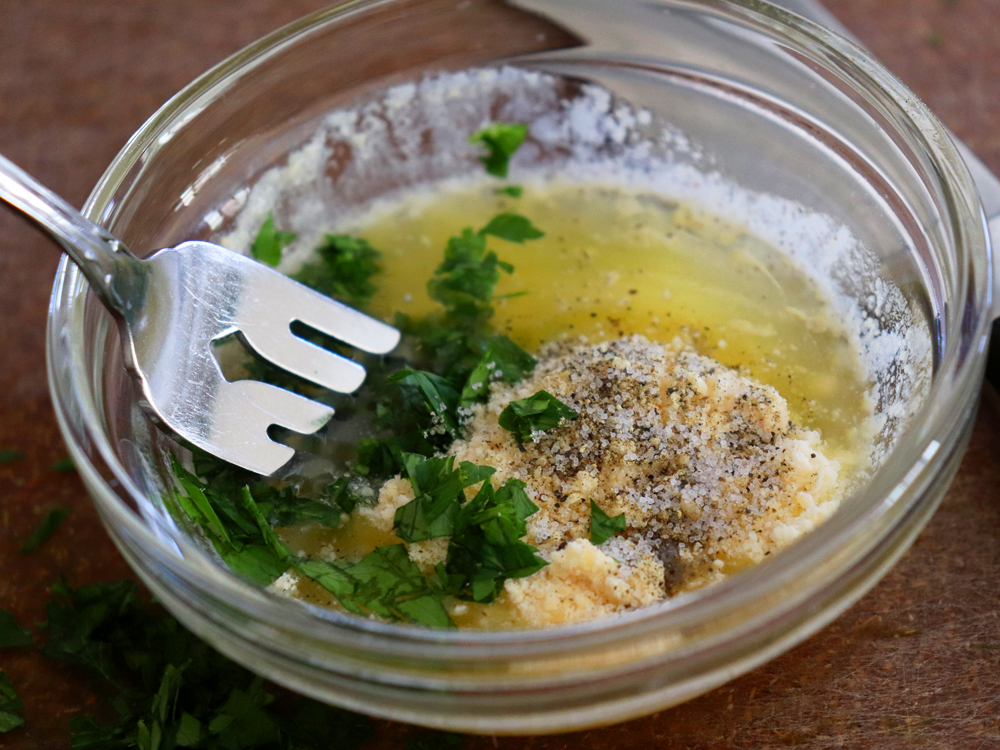 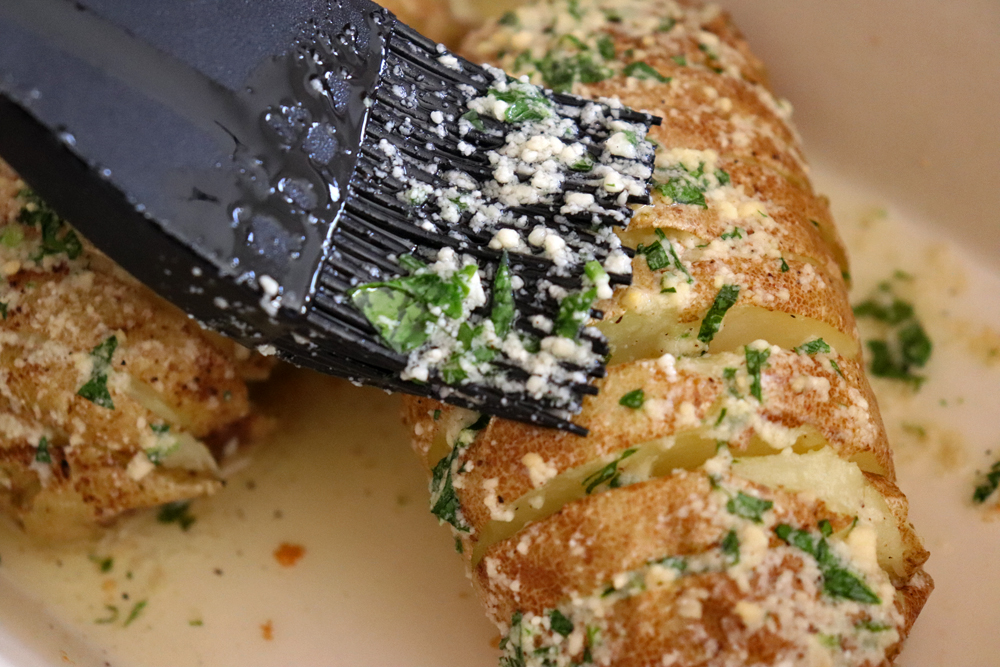 I like to take some of the browned butter in the bottom of the pan and drizzle it over the potatoes. Serve with vegan sour cream for dipping. 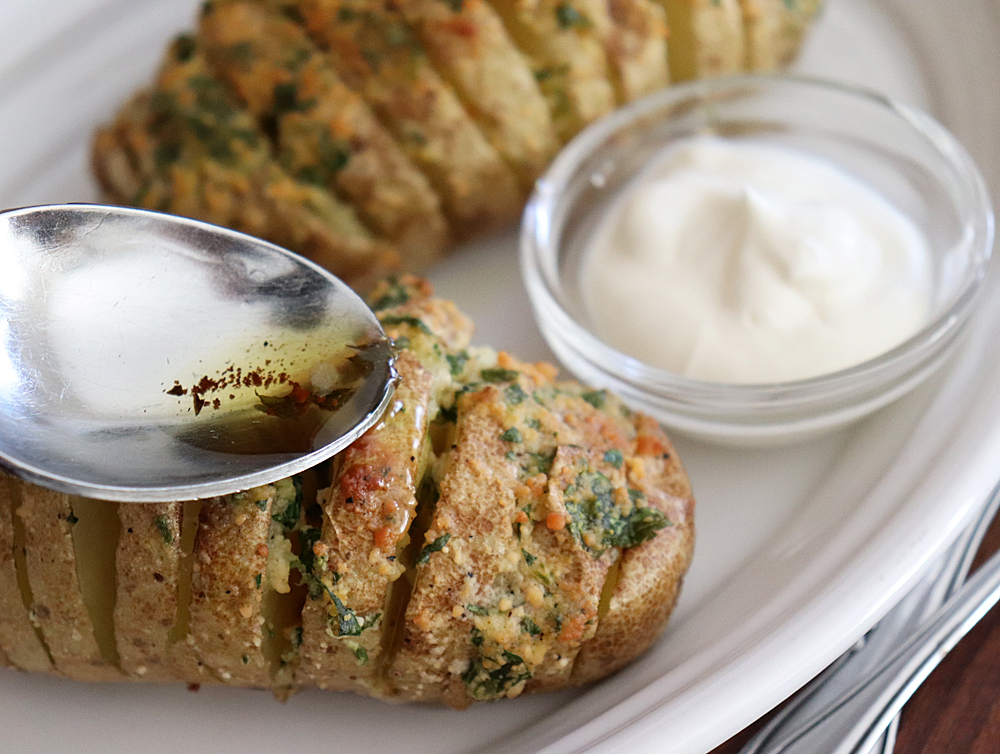 Doesn’t that look amazing? They are so delicious! I really hope you give them a try.

Did you make my Easy Hasselback Potatoes? Leave a comment below and let me know what you thought. 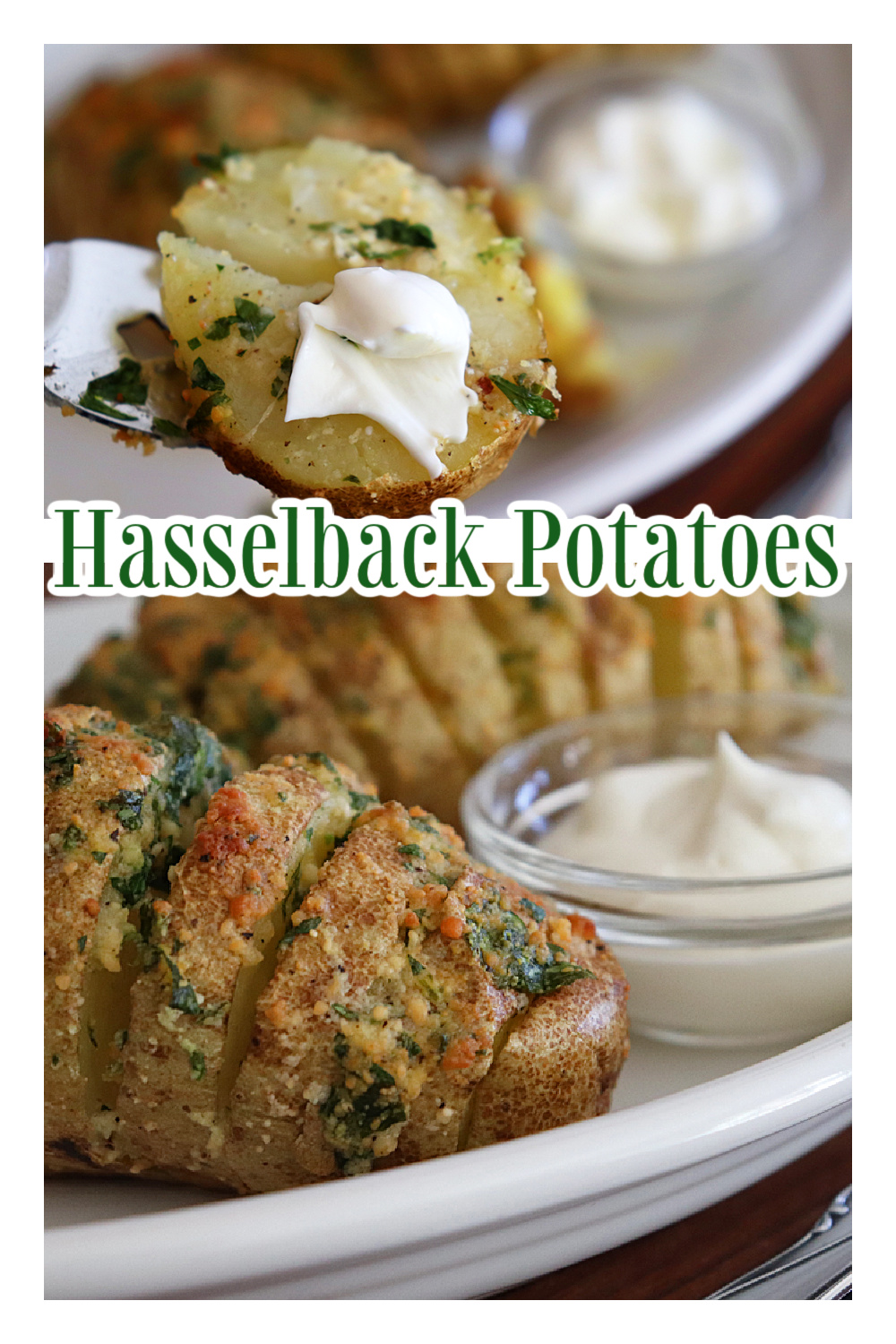 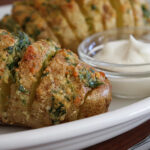