If you’ve ever spent any time at all on Pinterest, you know how popular zucchini “boats” are.  I found  a non-vegan recipe similar to this and it sounded amazing.  Vegan cheese always being the one ingredient I am never sure will translate well into a dish.  In this case, we used vegan sour cream, vegan parmesan and hot sauce mixed with grill corn to stuff our grilled zucchini.

This one is being added to my list of favorites because it was so quick and easy.  Not to mention creamy and delicious!

We had white corn on hand, but I think yellow corn would make a better presentation.  In fact, I would say that next time around I would add more corn, less of the sour cream.  It was plenty creamy and would be just as good with less.  We just garnished with a bit of paprika and parsley.  You have to try these! 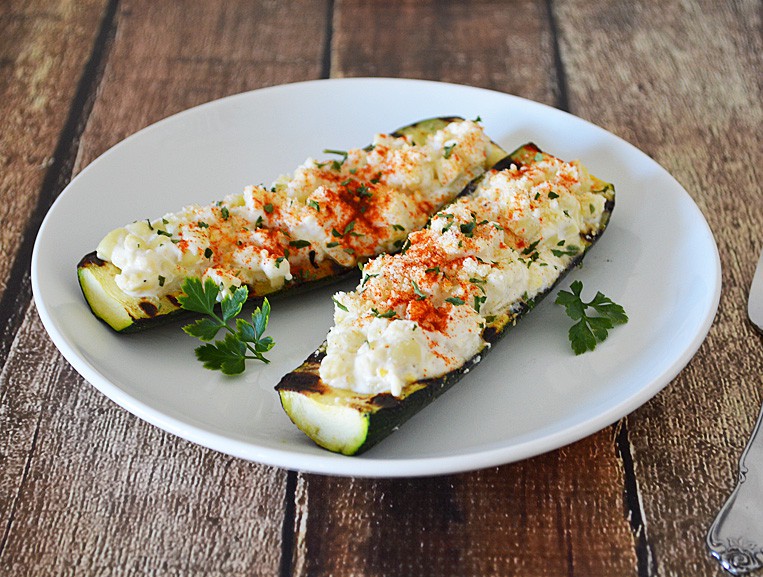 Start by trimming the ends and slicing the zucchini length-wise.  Scoop out some of the pulp so that there is room for the filling.  Lightly oil and place face down on a hot grill. 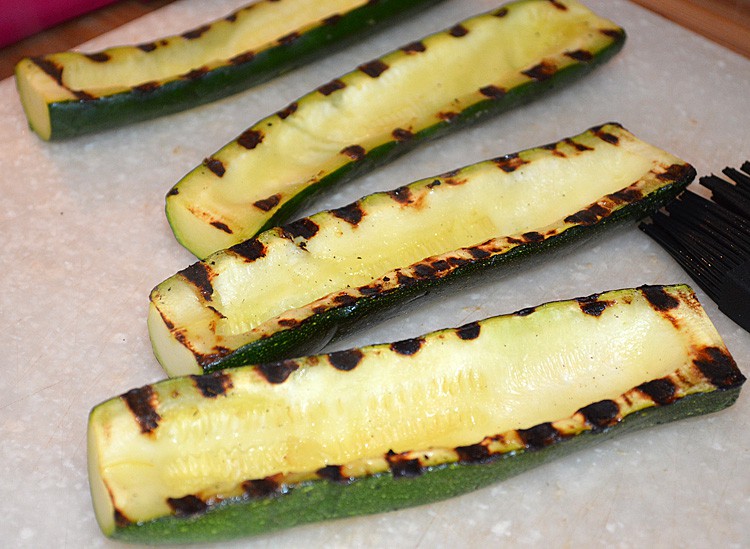 Next stuff with the filling mixutre (not too full) and place back on the grill (or grill pan) and cook for another 8-10 minutes.  We used some foil to “tent” it so the cheesey mixture would melt faster. 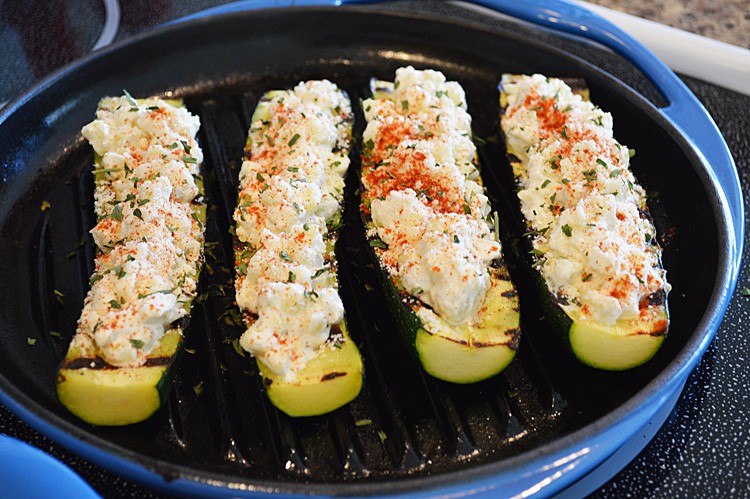 The zucchini gets tender, but still has some texture to it and the topping just melts in your mouth.  You could improvise with any toppings you like.  Get creative! 🙂 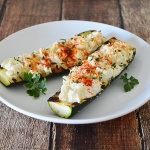