I have always loved creamed corn.  But not that stuff in a can.  Mine  uses fresh grilled corn cut from the cob and … hominy.  What is hominy, you ask?

Hominy is maize (corn) in which the hard, dried kernels are soaked in a diluted lime solution and then washed which causes the hull and germ to slip off and the kernels to puff up to twice their original size!  As for texture, think creamy diced potato or garbanzo bean.  I think it tastes more like potatos.  It comes in both white and yellow and can be found in most grocery or health food stores.  We used white hominy for this particular recipe. 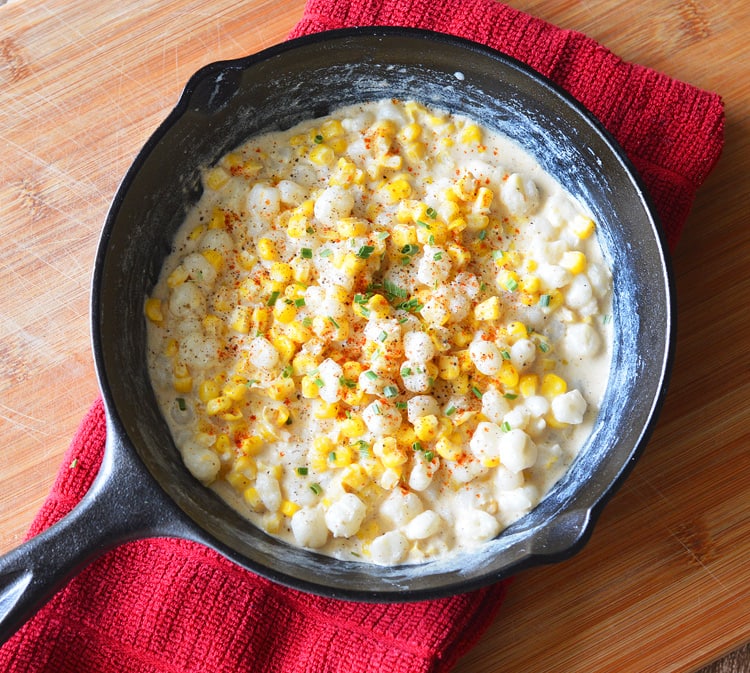 This recipe starts with grilled corn cut from the cob.  With the back of a knife, scrape as much of the milky juices as possible from the cob before discarding.  If you don’t have corn on the cob and wish to use canned or frozen corn, you could certainly do that in a pinch.

From there, we created a vegan cream sauce using So Delicious brand Coconut Creamer, vegan cream cheese, butter, salt and pepper.  You could add a small amount of sugar to taste, but it really doesn’t need it. 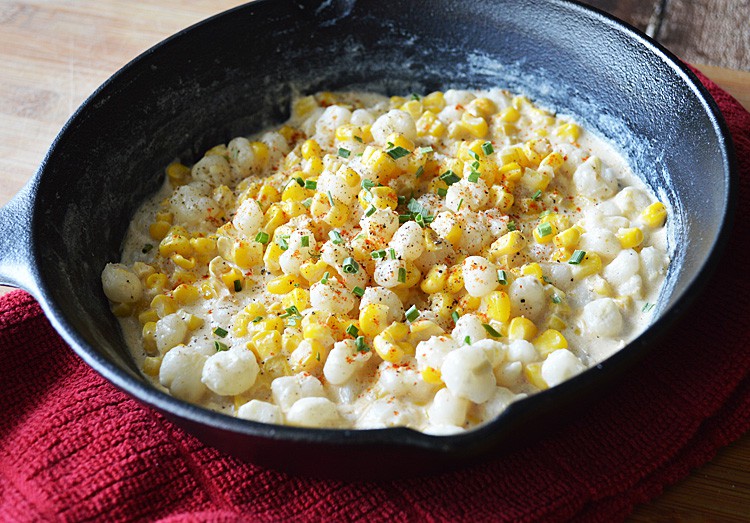 Prepare the sauce, add the corn and lastly, the hominy.  Hominy is a bit more fragile (like the texture of boiled, cut potatos) than corn so we want to just gently fold it in and heat it through.

We season at the end with salt, pepper and a bit of paprika.  Garnish with chives, if desired. 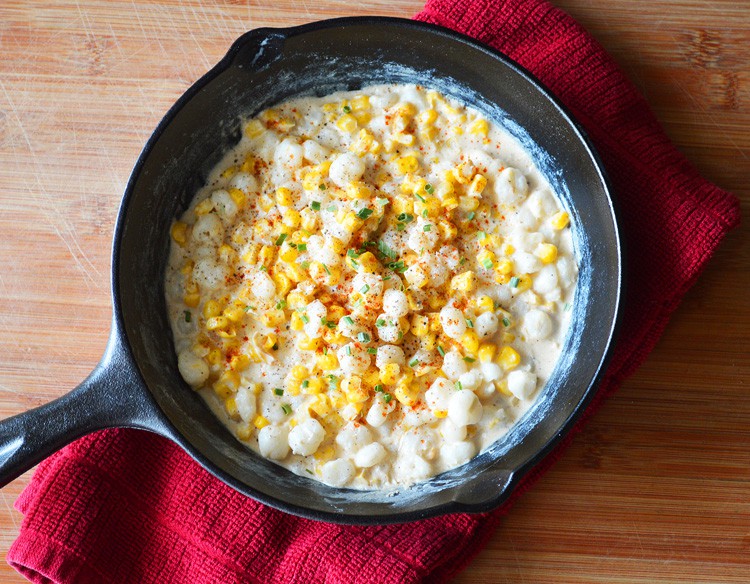 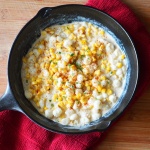