When I started out making the Grilled Creamed Corn with Hominy, this was actually what I had in mind.  I wanted the creamed corn to be the ‘sauce’ for this dish.  In the end, I felt it really warranted two separate recipes.

Once the creamed corn is prepared, the rest is a cinch!  Just boil your pasta, thin the creamed corn with a little coconut or almond milk, saute up the veggies with some seasoning and combine.   It was so good, I had it for lunch AND dinner in the same day 😉  Seriously, it’s THAT good!

This was my first experience with hominy.  I had purchased it for a white soup I was planning, but then it hit 108 degrees here in Arizona and hot soup was the LAST thing on my mind.  I was initially looking for white beans and came across the hominy.  Hmmm… it looked interesting.  I wasn’t sure what to do with it, but I am one of those people who just buys first and plans the recipe later.  I did some reseach on hominy and how it was used.  I really didn’t see any reason why it couldn’t work in this recipe.  It made the dish so incredibly flavorful.   You can read more about hominy in my original post here. 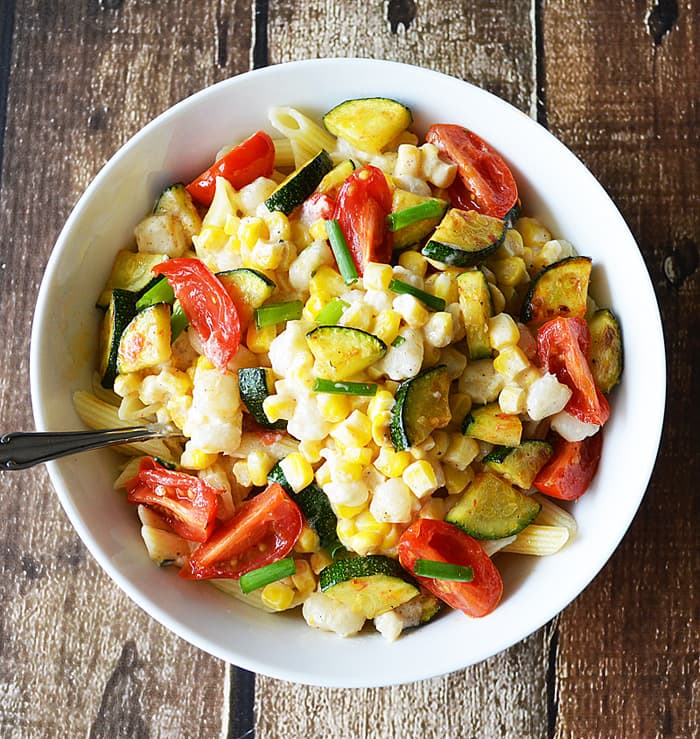 I sliced up a zucchini and quartered it to get this shape.  I also quartered the grape tomatos.  These were bigger than most I get.  If yours are smaller, just halve them.  If you can find the multi-colored tomatos, it would make this dish even more colorful.

Even though the creamed corn is already seasoned, I seasoned the vegetables as well.  I really think this step is important.  Every layer needs to have flavor.  I really like Mrs. Dash seasonings because they are salt-free.  You can use whatever brand you like. 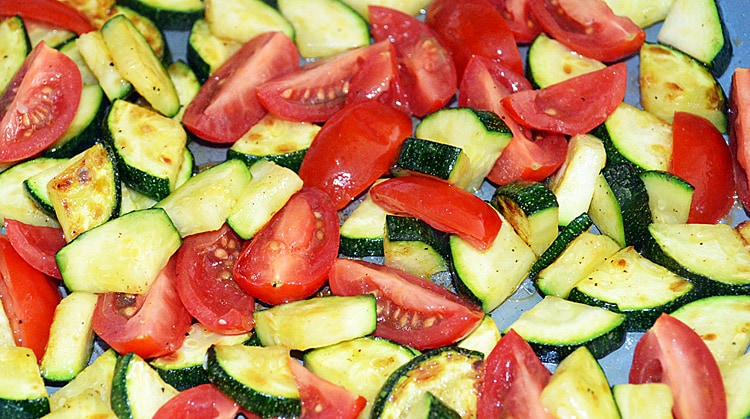 It’s mild, creamy, slightly cheesey (you could top with a sprinkle of vegan parmesan if you wish) and makes such a beautiful and delicious summer dish! 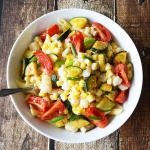 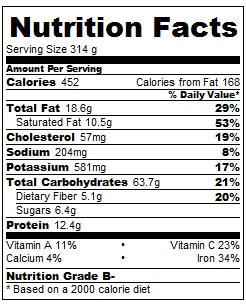