I’ve been wanting to try a vegan pudding recipe for ages, but replacing eggs is always challenging to say the least.  Lately, I have been playing around with a variety of egg replacers and have had great success using a new flax mixture.  I am really happy with how this Pumpkin Pie Pudding turned out!  It has just the right amount of sweetness, that pumpkin-y flavor with the traditional mix of spices.  This pudding should be made one day ahead for best results.  Top with our recipe for Coconut Milk Whipped Cream and a sprinkle of ground cinnamon (candied pecans would be nice as well). 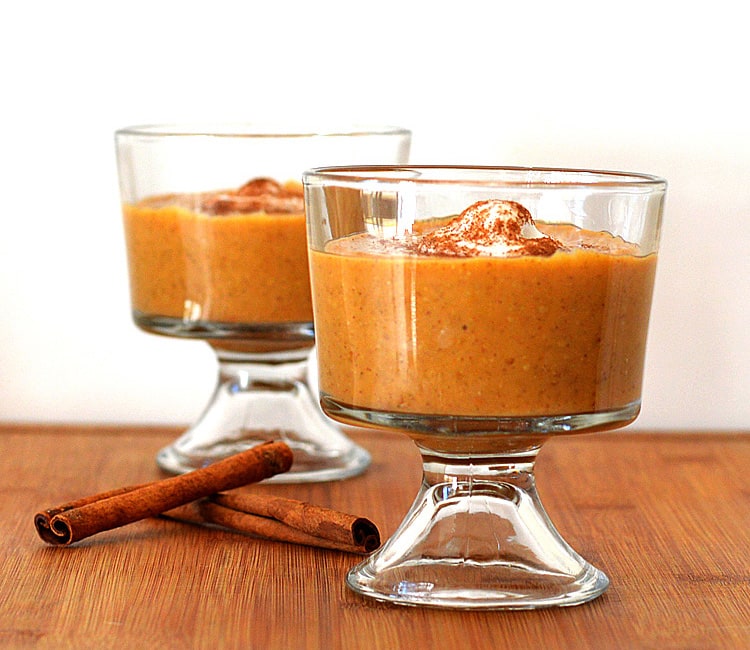 In my notes, you’ll see that I make a recommendation regarding the flax mixture.  When refrigerated, the ground flax + water reached a very gelatinous consistency (which closely resembles what an egg would have provided to this recipe).  It does set up slightly thicker, so you can always reduce the flax to 1 Tbl keeping the 3 Tbl of water the same.  This will give a little looser consistency to the finished pudding.  It really comes down to personal preference.

You’ll want to cover the warm pudding with plastic wrap as shown so that the pudding doesn’t form a skin.  It removes very cleanly and easily. 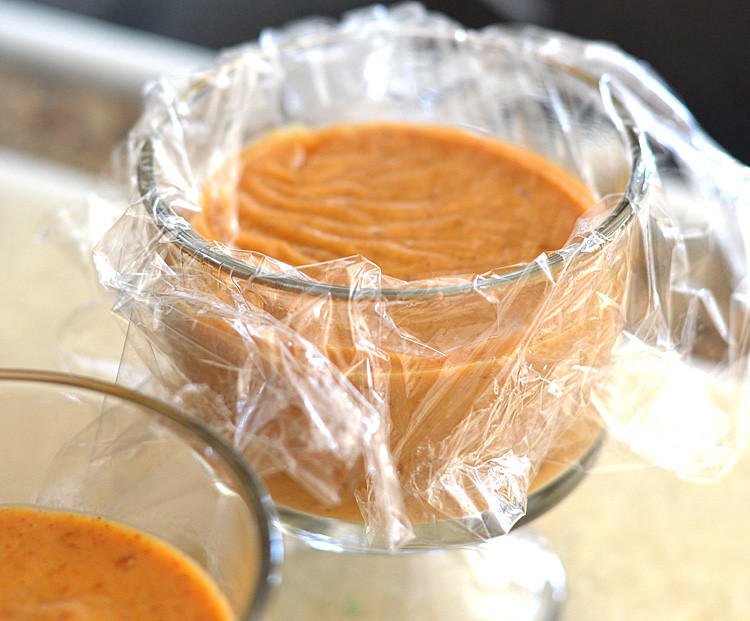 We topped the pudding with our Coconut Milk Whipped Cream and ground cinnamon.  You could get creative with your toppings. 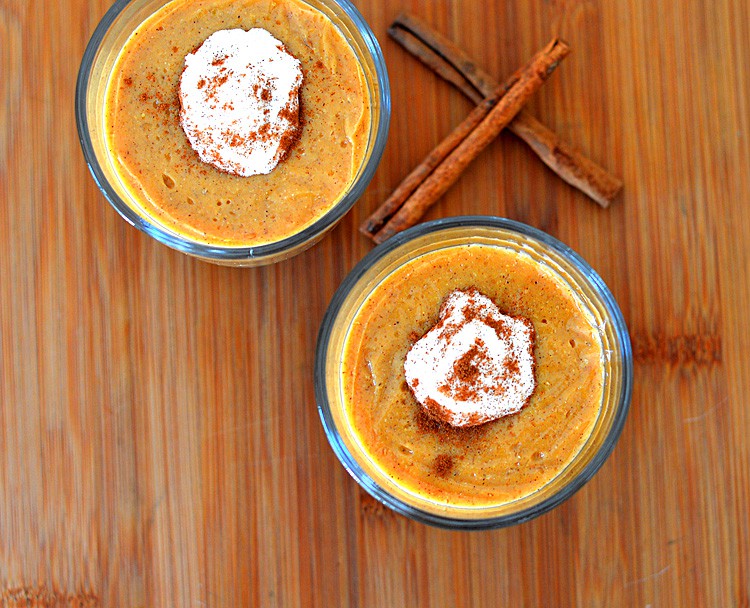 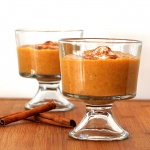