I just love this Roasted Ratatouille Panzanella with Parmesan Dressing and you will too!  It’s fresh, it’s easy and it tastes amazing.  Using vegetables that are in season such as zucchini, yellow squash, cherry tomatoes and red onions … many of the ingredients found in a traditional ratatouille.  You could also add eggplant to this dish.  Then, cube up some crusty bread and either pan fry or toast them so they can soak up as much of that yummy parmesan dressing as possible.  Top with fresh herbs such as parsley and basil and you are good to go! 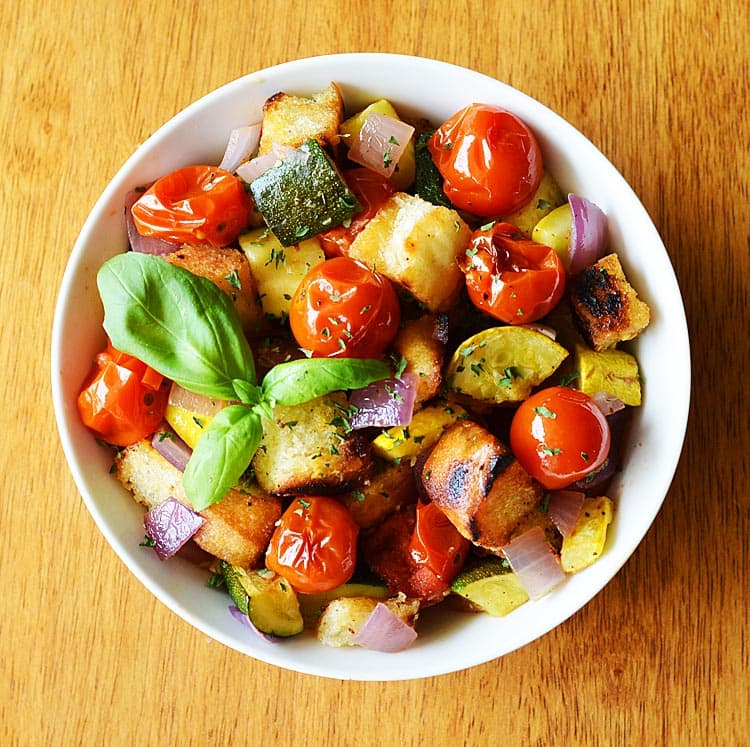 I always use my Breville Mini Toaster Oven whenever possible because it is HOT outside right now.  We hit a record 116 the other day here in Arizona.  I can’t bear to turn on the oven when it’s this hot.  Coat the veggies with a bit of oil (coconut, grapeseed, etc.) and season with salt and pepper.  I turned them once or twice during the roasting process so they would cook evenly. 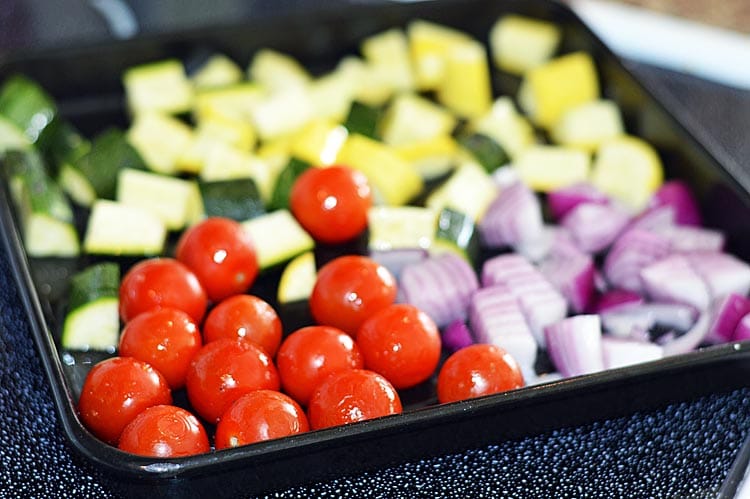 While those are roasting, you can cube up the bread and toss with oil, salt and pepper.  You can either pan fry these or toast them in the oven. 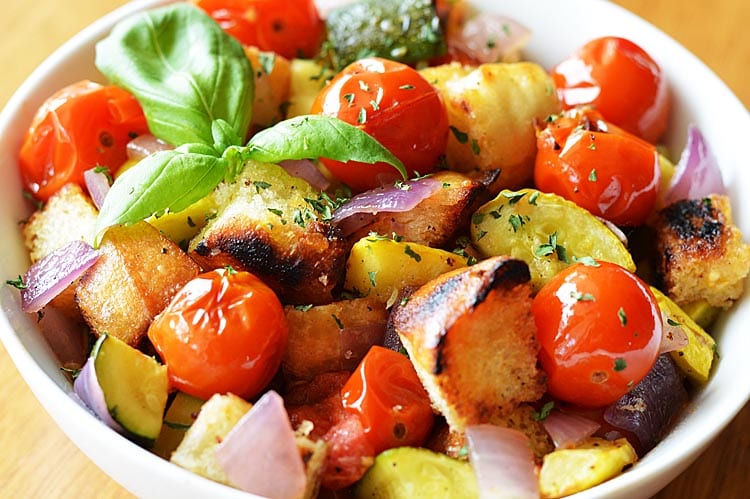 The parmesan dressing is really simple.  Whisk together the oil, red wine vinegar, salt, pepper and vegan parmesan.  If it’s too tart for you, try adding a squeeze of agave or a teaspoon of vegan sugar.

In a large bowl, toss the toasted bread cubes with the roasted veggies.  Drizzle the dressing over everything and toss well to coat.  Allow to sit for a few minutes so the bread will absorb some of the flavor.  Panzanella is typically served at room temperature, but can also be served warm. 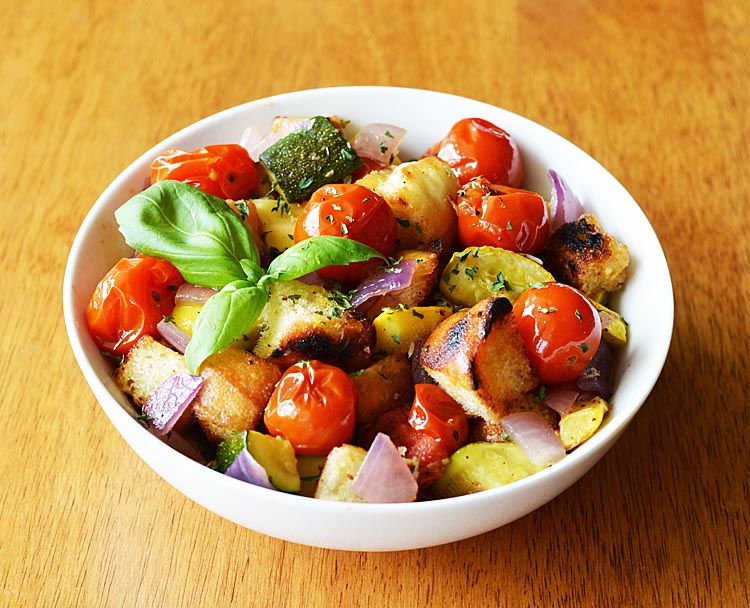 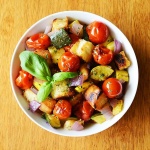 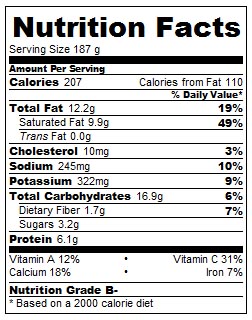