Sometimes my favorite recipes come from thinking of what I can make with what I already have on hand. My pantry has been overflowing as of late, so it’s time to start using up all of those things I purchase for future use.  I have been craving pasta and so I decided to make this Roasted Red Pepper Alfredo. 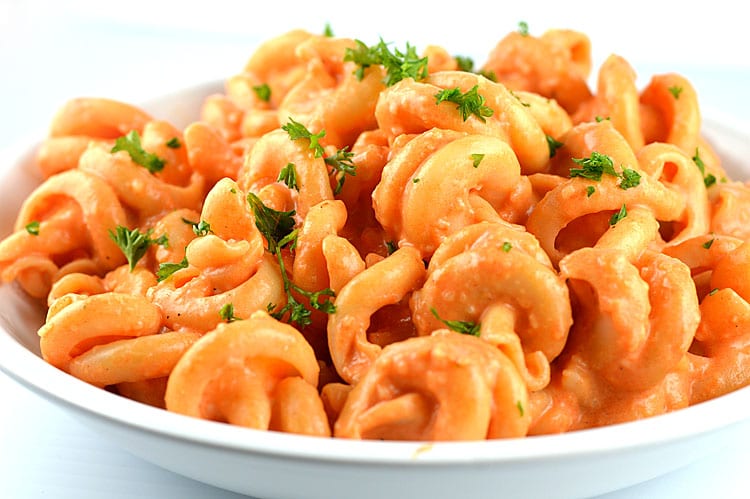 Alfredo, you say? Aside from using vegan ingredients, this recipe begins with the classic alfredo sauce.  To that, I add sauteed onions and the red peppers.  Puree until smooth and toss with your favorite pasta. 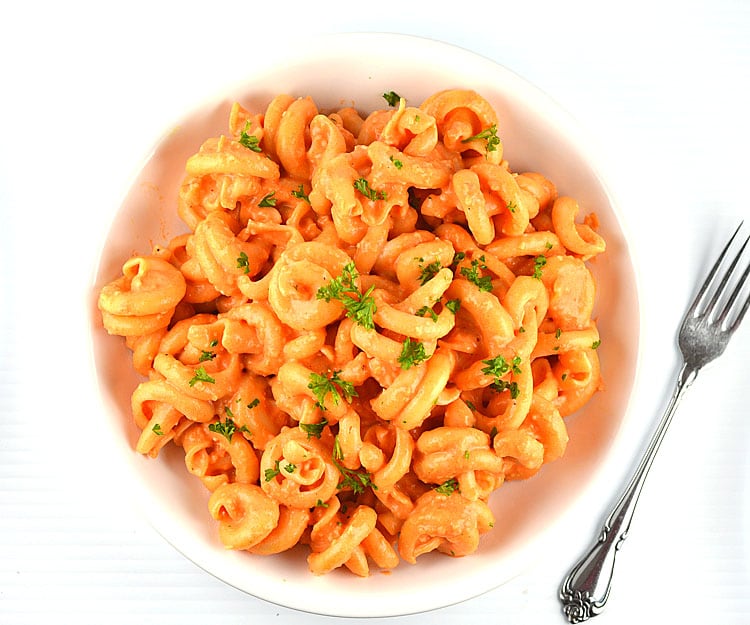 I always love looking into the origins of recipes.  This rich, creamy sauce originated in Rome in the 1920’s where it is said to have been created by restaurant owner Alfredo di Lello.  It became his signature dish which combined fettucine with a sauce made from butter, heavy cream and parmesan cheese.  Alfredo gave the dish a generous grinding of fresh pepper to give it some bite.  The sauce is still a classic to this day, but has also become a base used in many other recipes – including this one! 🙂 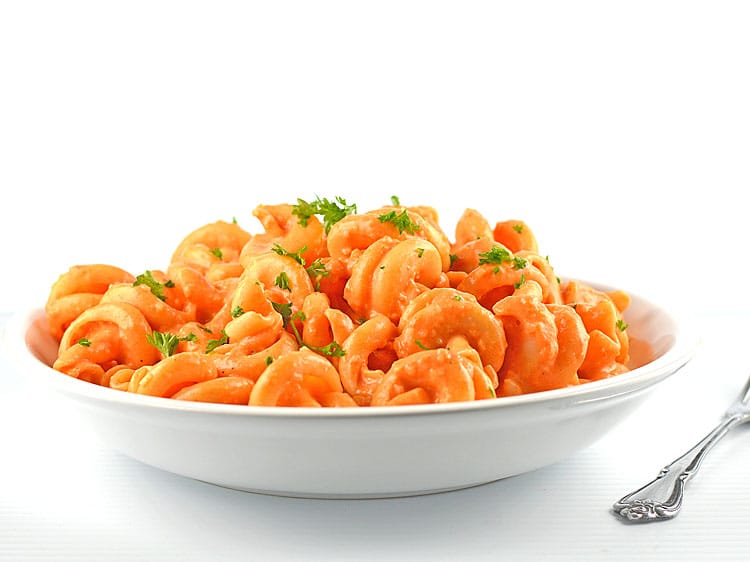 Of course, I did have to veganize it but with all of the options out there these days, it tastes much like the original, albeit a little lighter.  What’s nice here is that the almond milk (or creamer) is very low in calories. I strayed from the classic alfredo with the omission of nutmeg.  I don’t think it would have added anything to this dish and the red peppers would just overpower it in my opinion.

A word about the vegan ingredients:  A lot of readers ask me about the vegan parmesan.  I am not sponsored by this company in any way, but I really love having the vegan alternatives.  If you can’t find GO Veggie! or Parma or any of the dozens of options available (I encourage you to do a Google search), you can always order via Amazon.com or VeganEssentials.com and have it shipped right to your door.  There are other options…you could use nutritional yeast which adds a really “cheesy” flavor to many dishes.  Vegan margarine is everywhere these days (including Walmart!) and almond milk is very readily available. 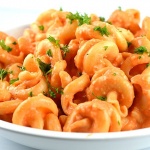