I decided to take on Libby’s Famous Pumpkin Pie veganizing only the evaporated milk and replacing the eggs in a little experiment (which you can view here).

Evaporated Milk is merely milk with 60% of water removed.  It differs from Condensed Milk only in that condensed milk contains sugar, salt and vanilla.

You could use any non-dairy milk (i.e. coconut, soy, etc.)  I happen to love So Delicious Dairy Free Almond Milk.  I am unsure how rice milk would react in this process as it is much thinner in consistency, but you could certainly try it. 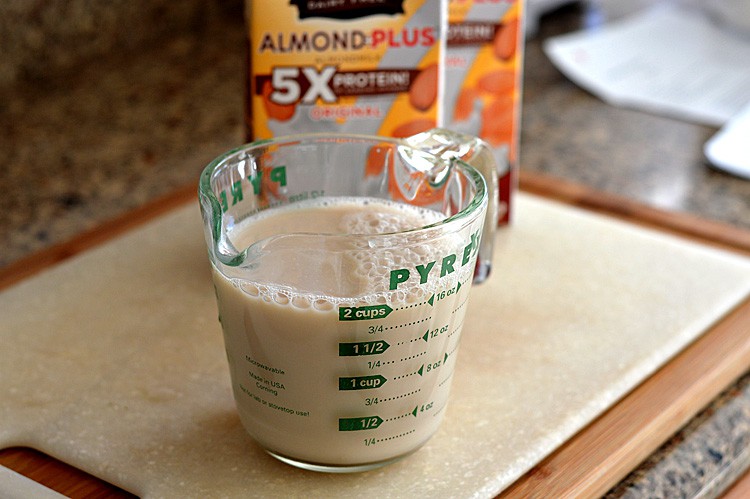 Above you’ll see our “before” picture…straight out of the carton.

Over medium-high heat, whisking frequently to avoid sticking or scorching, simmer the milk until it reduces by 60% 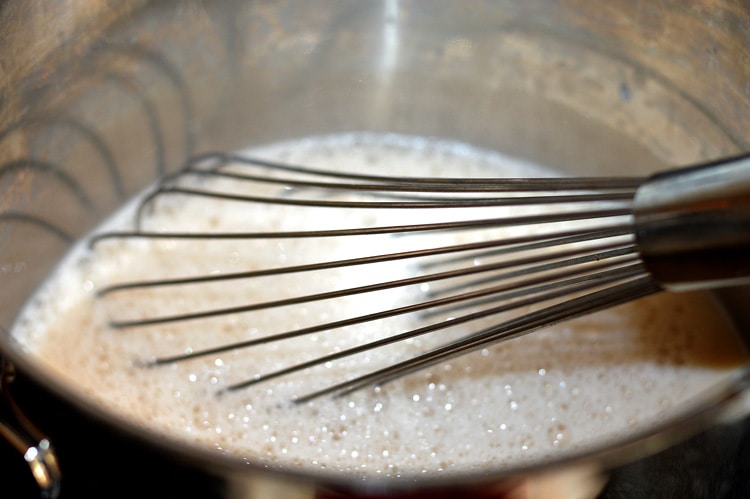 A bubbling simmer is ok, a rolling boil is not.  You will first notice big bubbles with a foamy top. 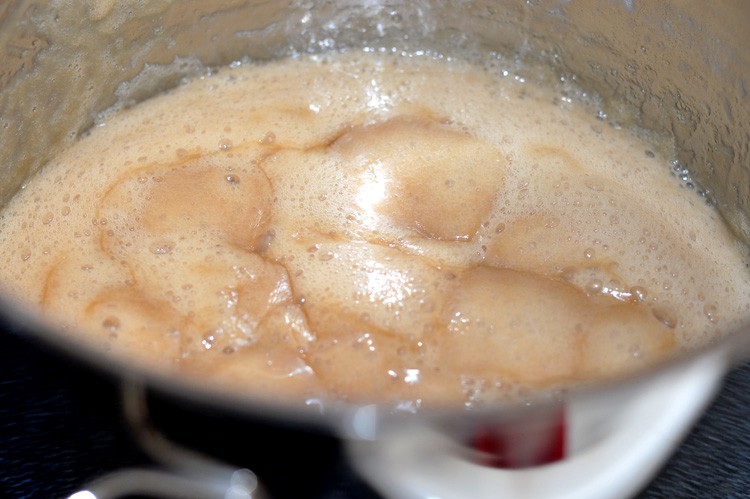 As you get closer, that all changes.  The color deepens, the foam is gone and the bubbles become very small. I kept a measuring cup on hand to be able to know when I was close to the 2-1/2 C goal.

This is a time-consuming process, but if you are present in the kitchen doing other things, it’s not a big deal. This took me about 1 hour and 45 minutes to 2 hours.  I have heard that you can do this entire process in a slow cooker.  Sign me up!  Soooo much easier.  Next time 🙂

The end result was 2-1/2 C of thick, sweet, yummy condensed milk.  You can skip the extra ingredients and just go with evaporated milk.  The process remains the same.  But this just proves it can be done. 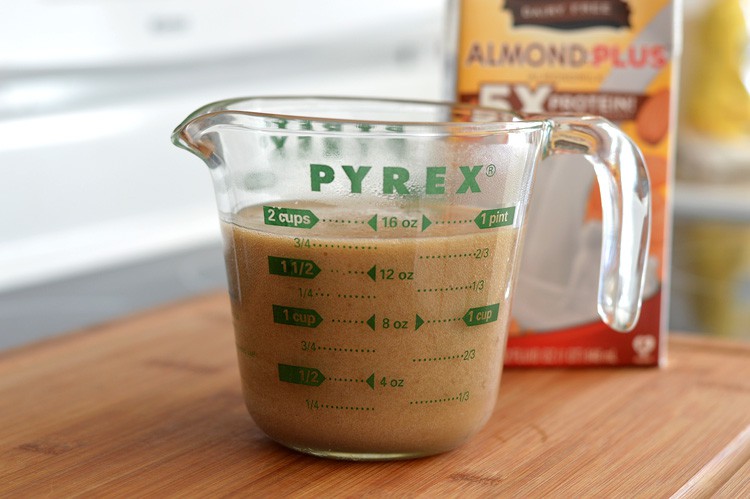 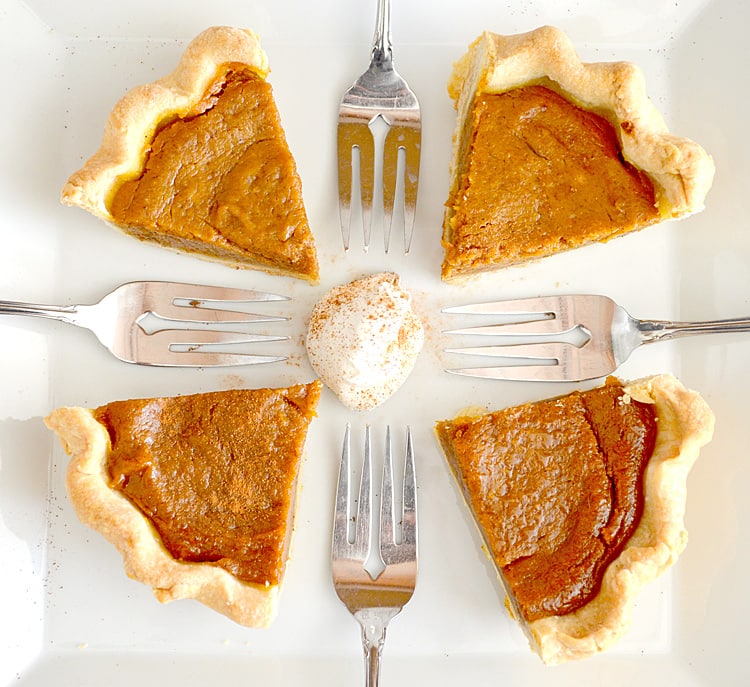 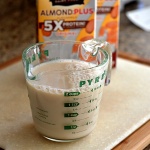