I have been wanting to create this recipe for Vegan Scalloped Potatoes and “Ham” for some time, but I could never quite figure out what to use for the meat-substitute.  Then, the other night…it just hit me.  I purchased veggie dogs, diced them up and they were PERFECT! I wondered what took me so long to realize this would work, but at least I finally did 🙂 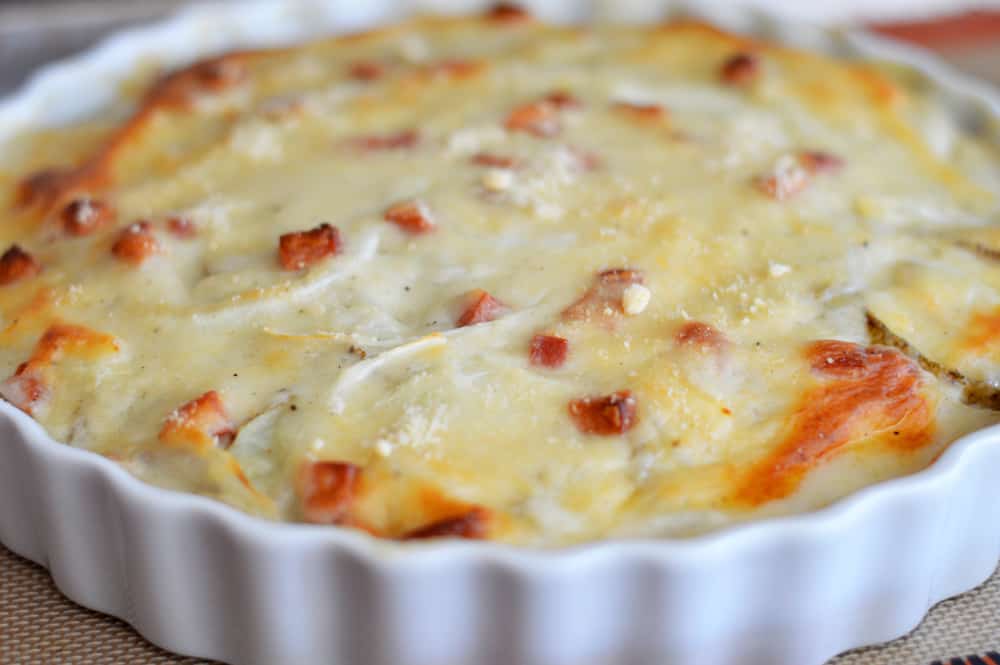 It all begins with thinly sliced russet potatoes. Try to choose some that aren’t overly large or your slices will overtake your baking dish.  You don’t have to arrange them, but I like the presentation. 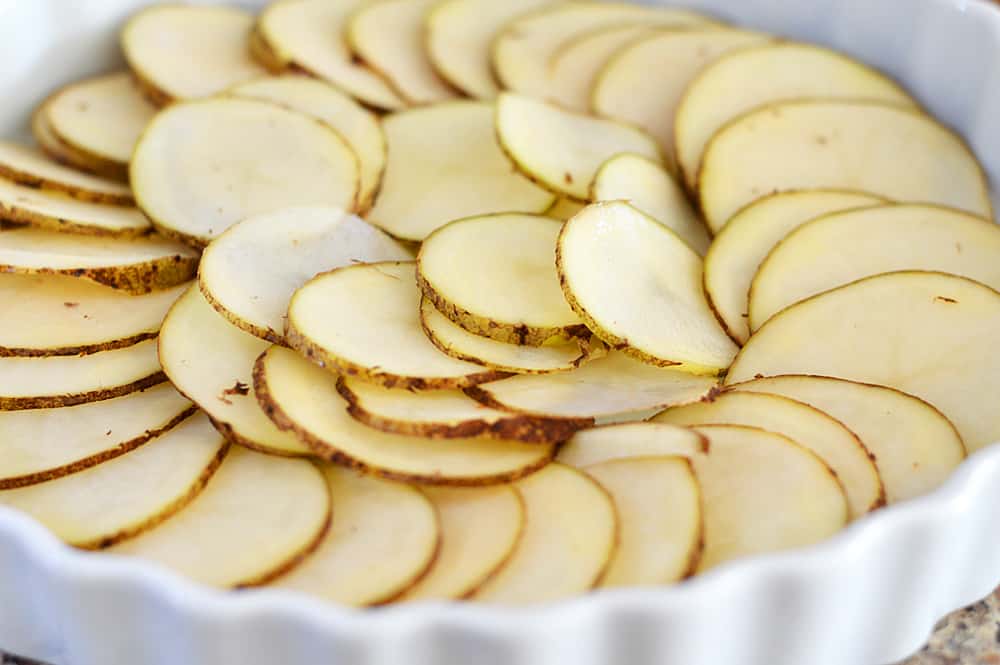 Then, I added the diced veggie hotdog. 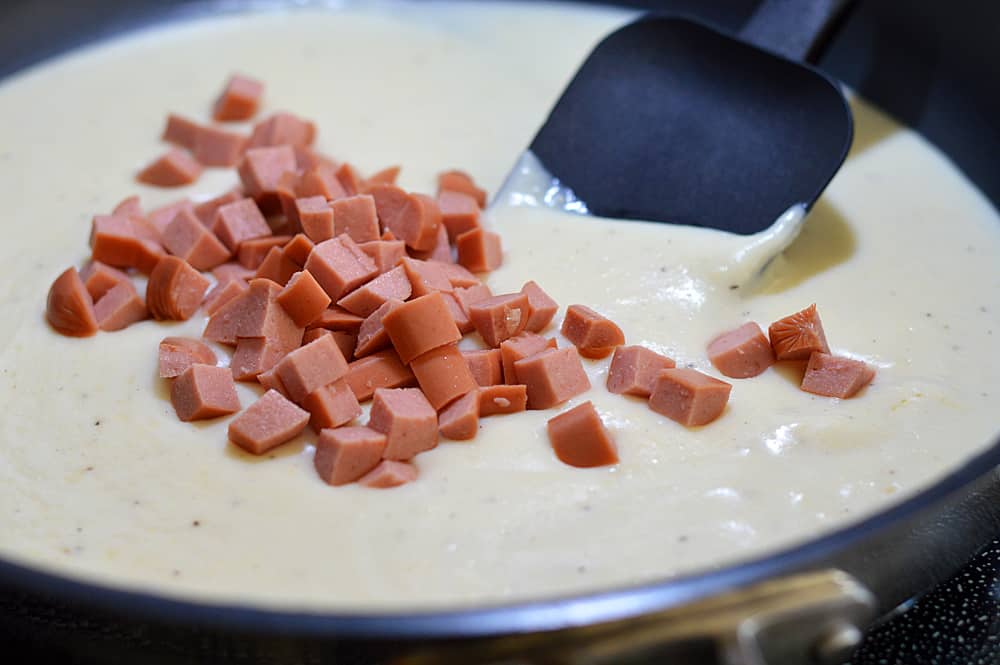 I topped a layer of potatoes with half of the sliced onions, half of the sauce and a sprinkling of the parmesan.  Then repeat with another layer.

Bake until bubbly and golden.  This can take upwards of 50 minutes or more. 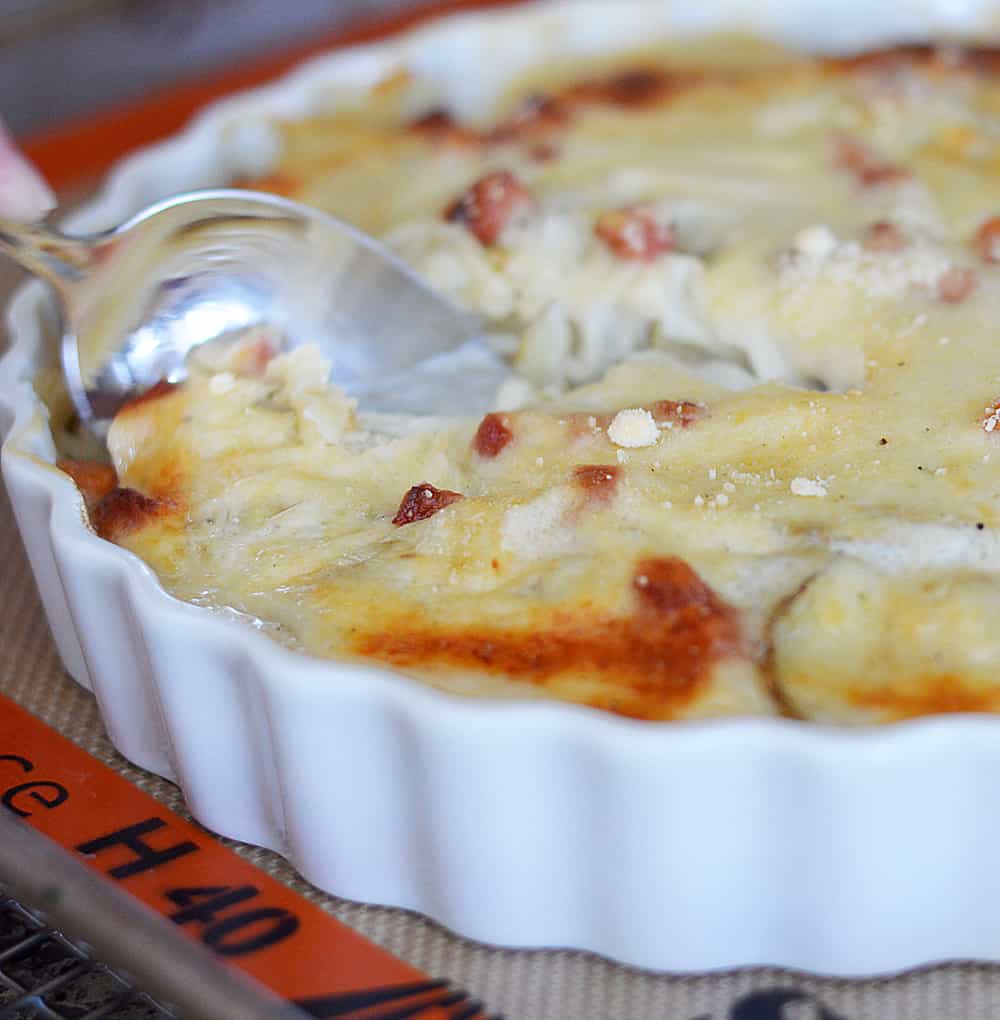 Did you make this recipe for VEGAN Scalloped Potatoes and “Ham”? Leave me a comment below and let me know what you thought! 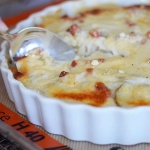