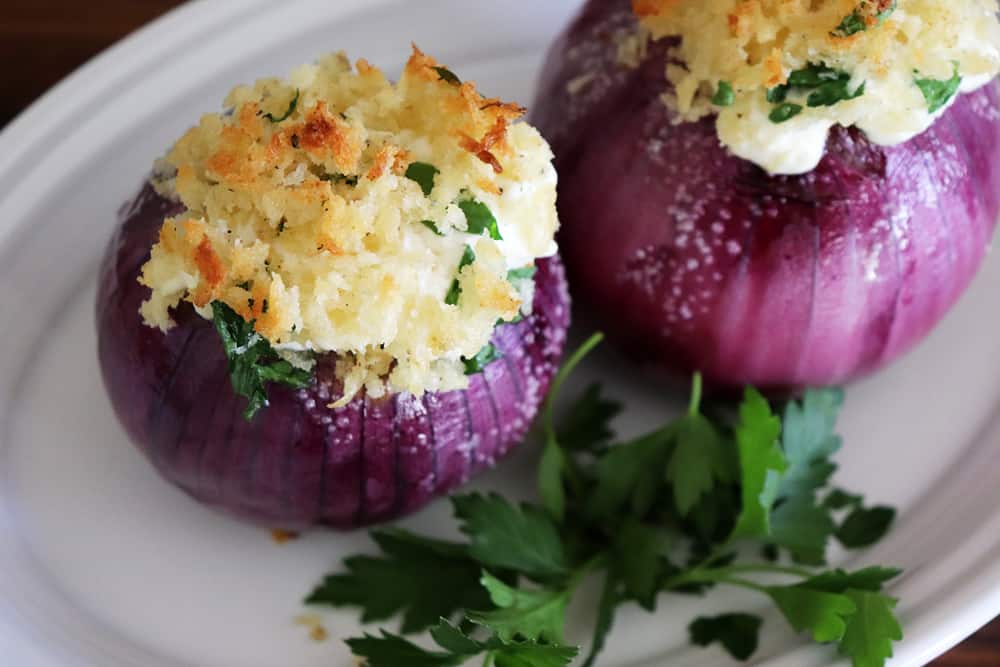 The first thing you’ll need to find are red onions roughly the same size. I just did two, but feel free to double or triple the recipe using the servings slider in the printable recipe card below. It automatically adjusts the ingredients for you 🙂 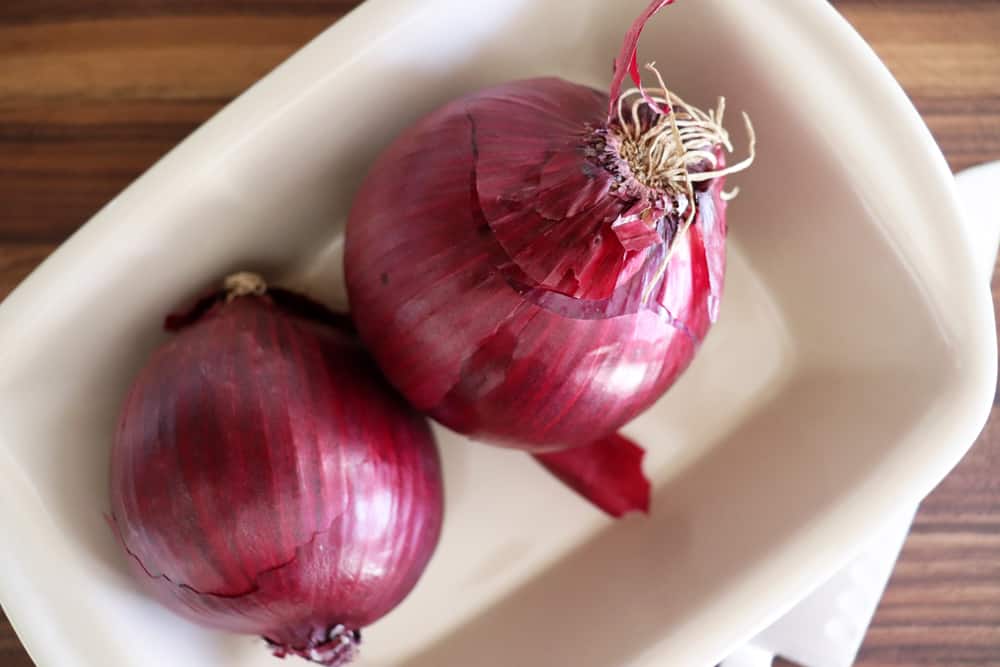 You’ll want to slice off the root end so the onion sits upright and is stable. You’ll also be trimming off the top and coring out the center to make room for the filling, taking care not to make the walls of the onion too thin. 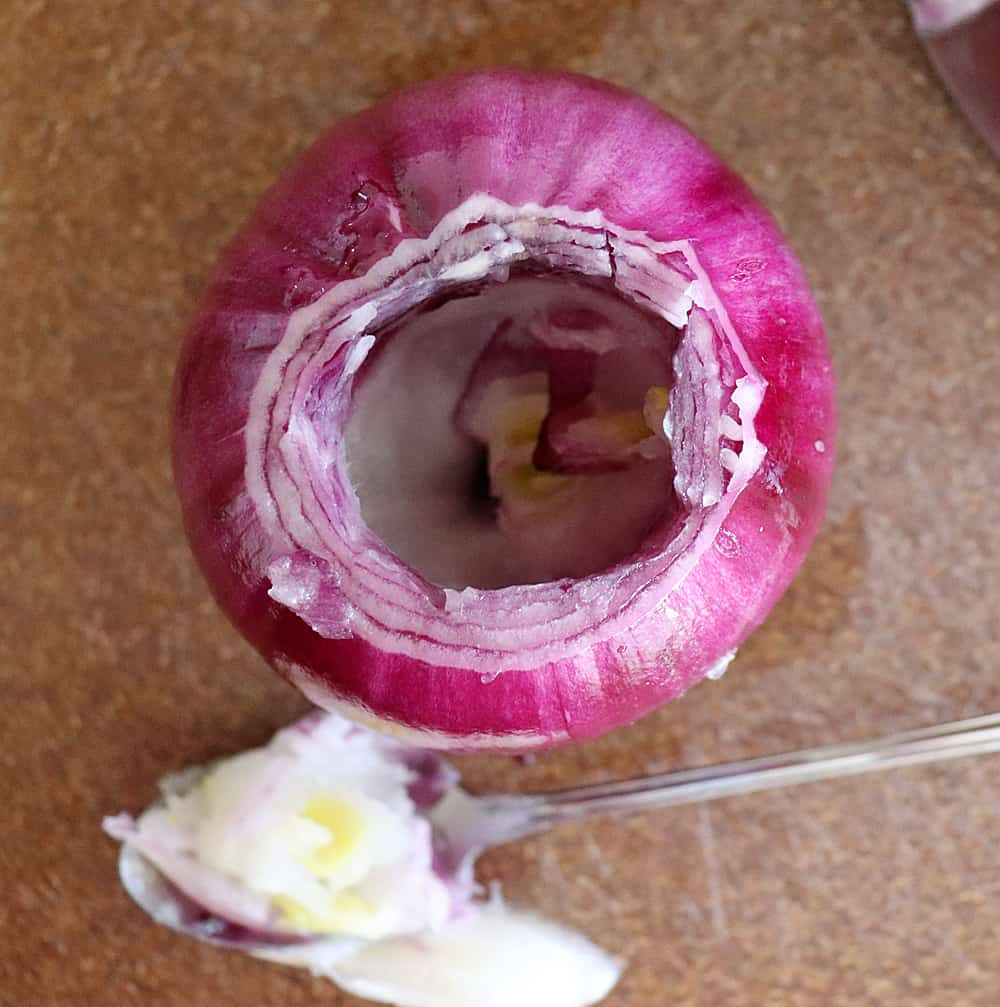 A drizzle of olive oil and a generous sprinkling of salt go onto the onion prior to roasting. 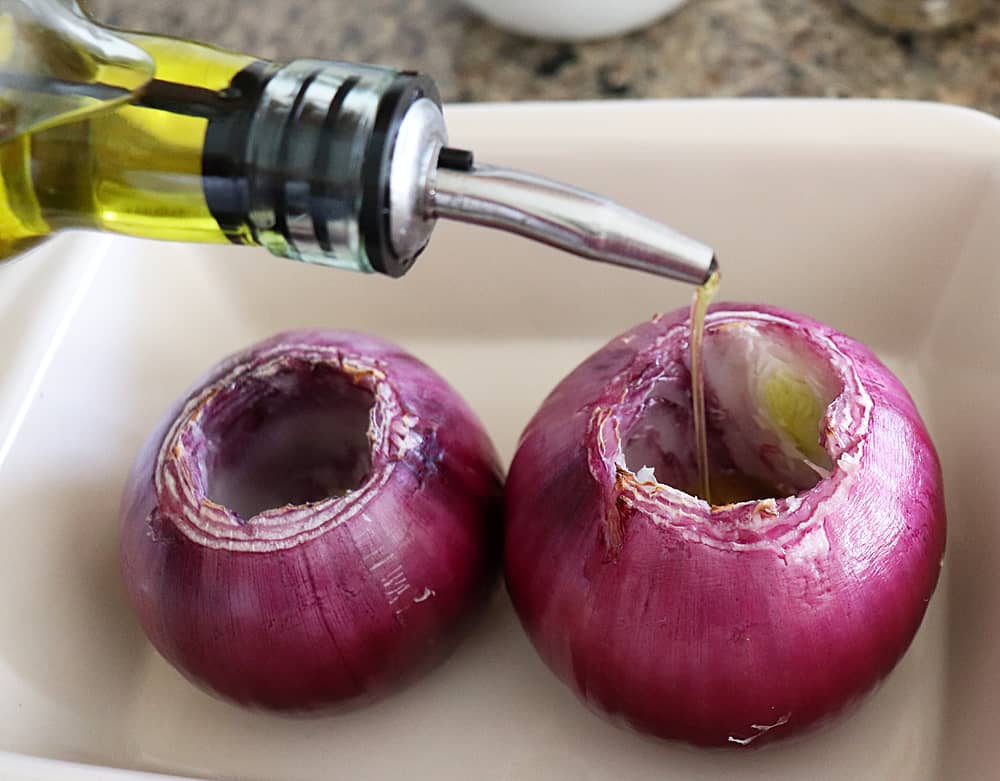 After about 30 minutes or so, they look like this. 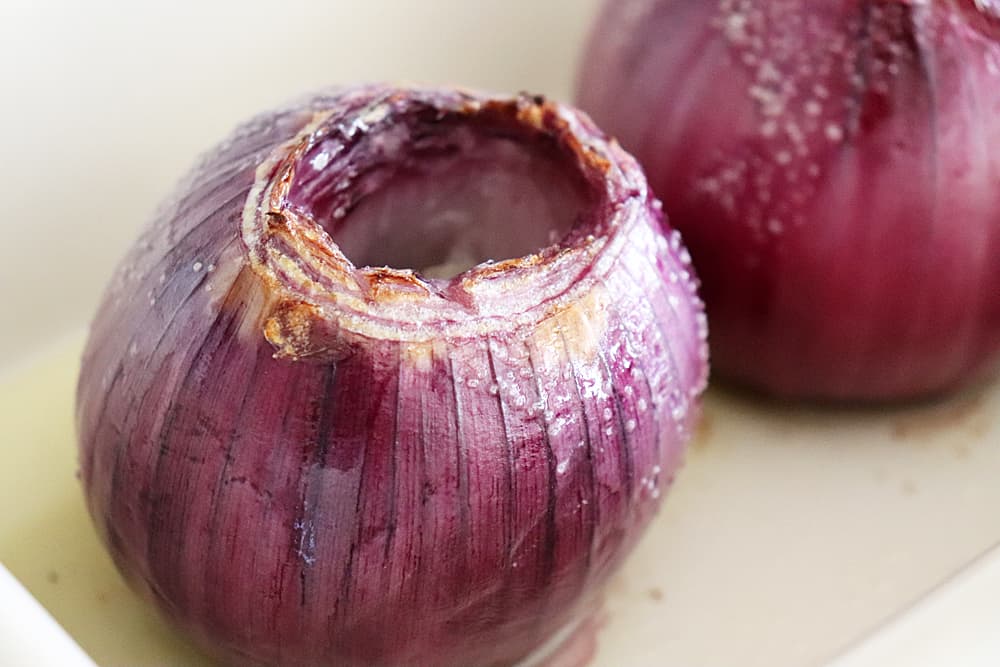 Combine all of the ingredients for the cream cheese filling. I am using a vegan cream cheese and a vegan sour cream. They work really well in a recipe such as this one! We’ve also got herbs in there, minced garlic and another pinch of salt. 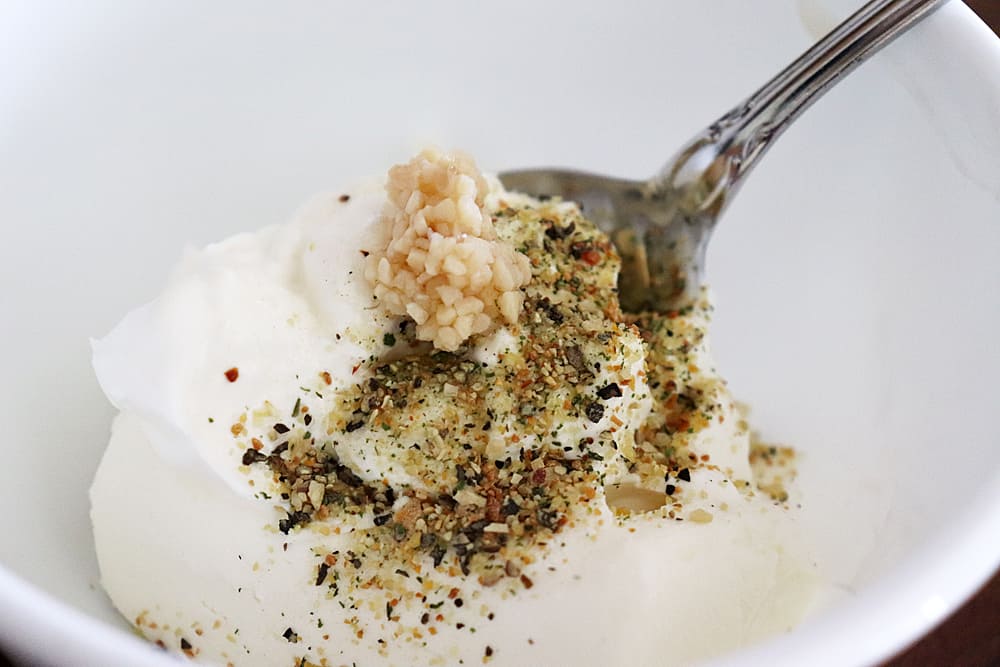 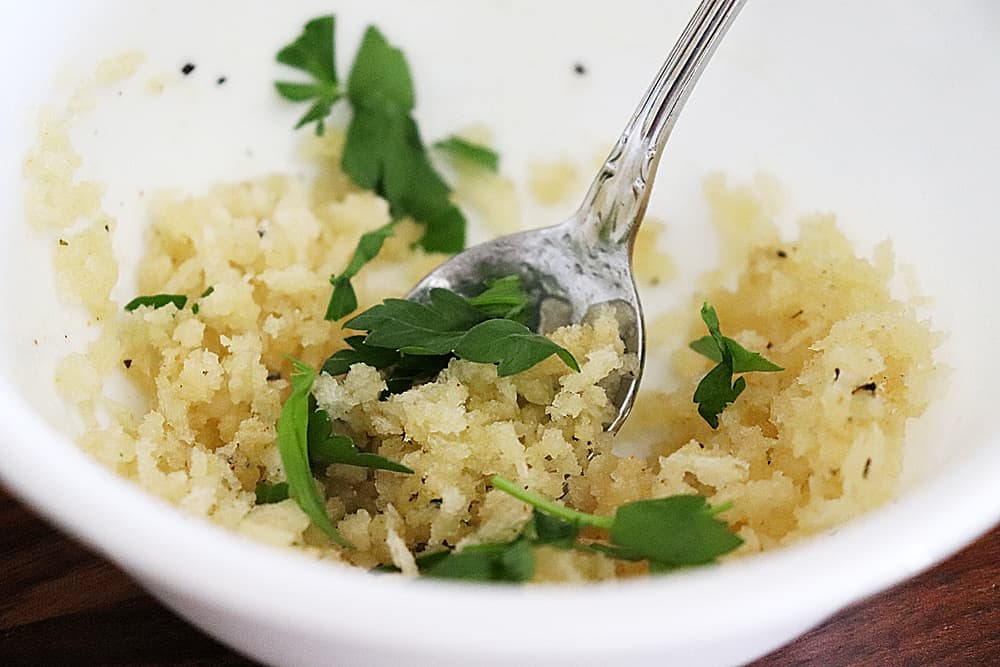 Stuff the onions and bake…

Stuff the onions and top with the panko before placing back into the oven for about another 20 minutes or until the onion is tender and topping is golden. All ovens cook at different rates of speed, so I use a knife to pierce the onion for testing. 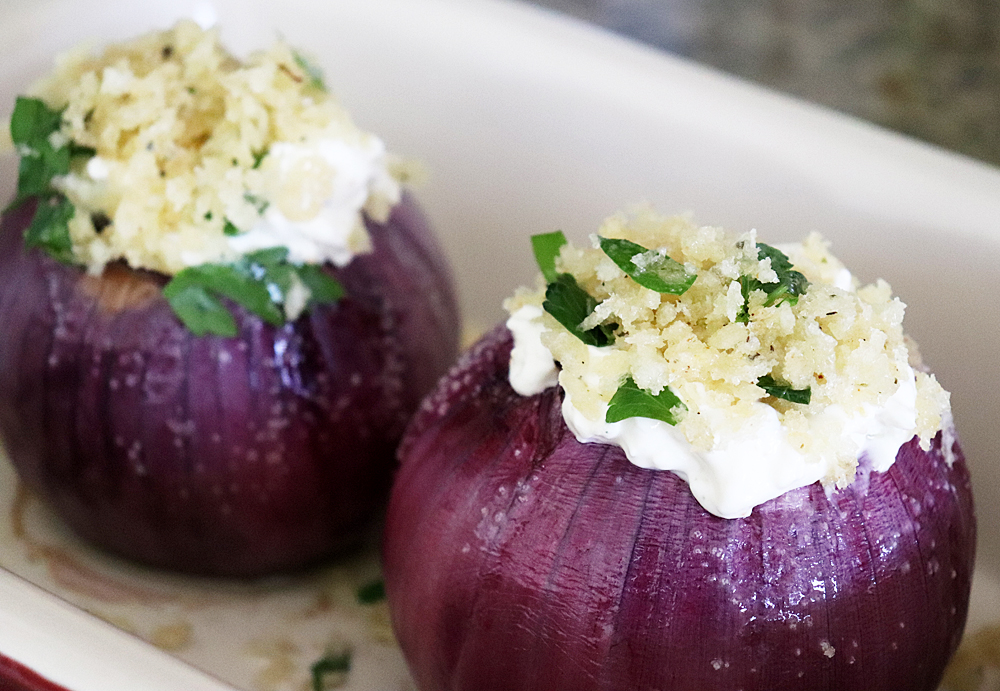 Aren’t they pretty? The onions become nice and sweet and that creamy cheesy mixture with the crunchy panko topping is just heavenly. We loved these and what an awesome side dish this would make! 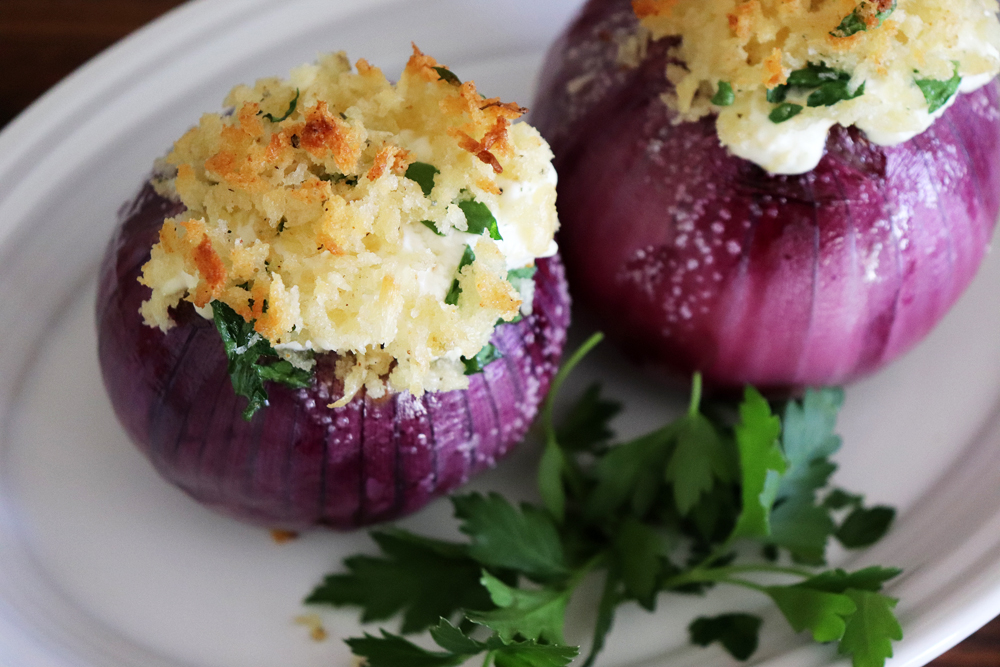 Did you try this recipe for Emeril’s Creamy Roasted Red Onions? Leave me a comment below and let me know what you thought.

And if you enjoyed the recipe, why not PIN IT FOR LATER? 🙂 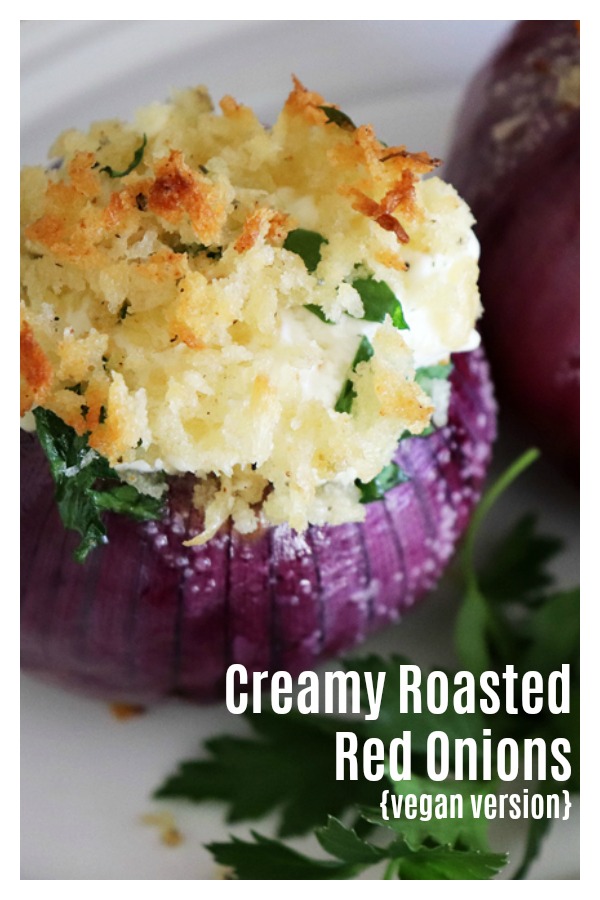 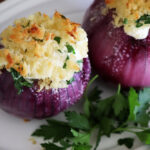 FOR THE PANKO TOPPING: