It’s time for “Meatless Monday” again and today we’re making Easy VEGAN Swedish Meatless balls.  I know some of you might prefer making your own vegan meatless balls (<<<so you can click here for a recipe), some already have your favorite go-to recipes and some of you would just prefer to buy the pre-made version.  Gimme Lean offers a ground “beef” substitute that allows you to season and form your own.  Make them as big as you want 🙂  So the good news is that you have options here.

We start with browning up a yellow onion and add the meatless balls to brown for a few minutes.  This serves two purposes.  It browns the meatball and at the same time, also helps give color to the gravy.  Then, we remove the onions and meatless balls to a bowl and set aside while we make the gravy which begins with vegan margarine and flour browned slightly.  Vegetable broth is then added along with salt and pepper to season.  Once thickened, vegan sour cream is added.  You can either purchase one (Tofutti and Follow Your Heart make great versions) or… you can make your own.   Soaked raw cashews, cider vinegar, lemon juice and sea salt with a bit of water are all you need.  I don’t use many purchased substitutions, but in this case – I actually preferred it.

Add the onions and meatless balls back in and simmer until warmed through and the sauce is as thick as you’d like it to be. 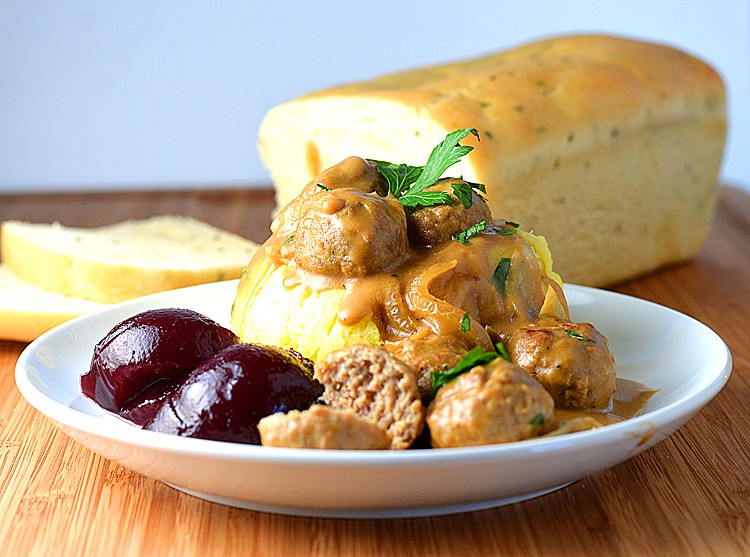 Traditionally, swedish meatballs are served either with wide noodles or over mashed potatoes as we have done here today.  Lingonberry jam is another traditional side, but not always easily located.  Lingonberries are known as “mountain” cranberries.  So the closest substitution was jellied cranberry sauce.  You can find vegan-friendly store brand canned jellied cranberry, but look for a homemade recipe coming this fall! 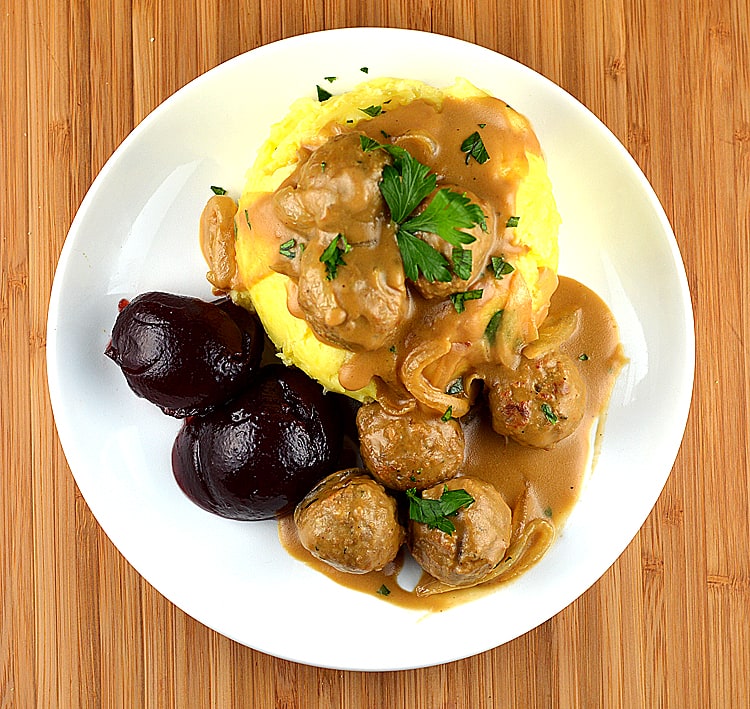 I made my Vegan Sour Cream and Chive Bread as an accompaniment.   P.S.  This bread is amazing toasted! 🙂 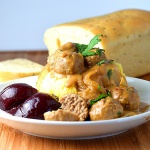