My grandma didn’t cook often, but she had a few recipes in her arsenal that us grandkids just loved and in my pre-veggie days, this was one of them. Finally, I can enjoy Vegan Chicken and Biscuits.

The challenge with vegan cooking (as you know) is in building flavor. I knew I wanted that traditional “yellow gravy” and Better Than Bouillon makes a vegan vegetable base that is AMAZING (if you can find it locally, it’s only about $4.99 USD).  Also, a rich, dark veggie broth like this one from Imagine makes a world of difference.  I’ll link both down below. 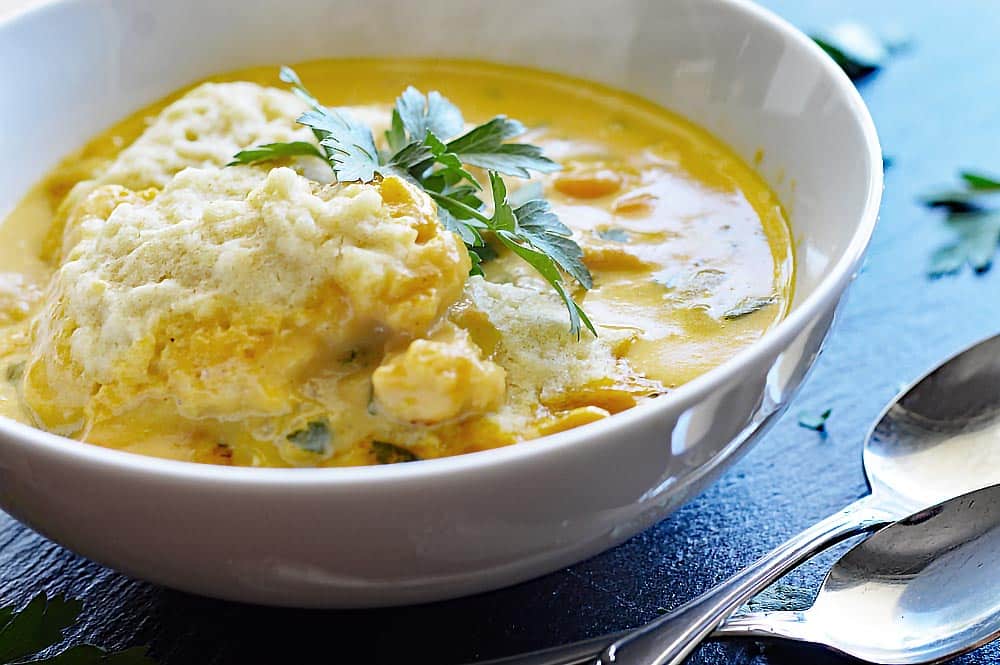 I begin with a traditional base made with onions, celery and carrots (I used frozen because I had them on hand) and saute in a very small amount of water, oil or broth.  You want them tender before proceeding. 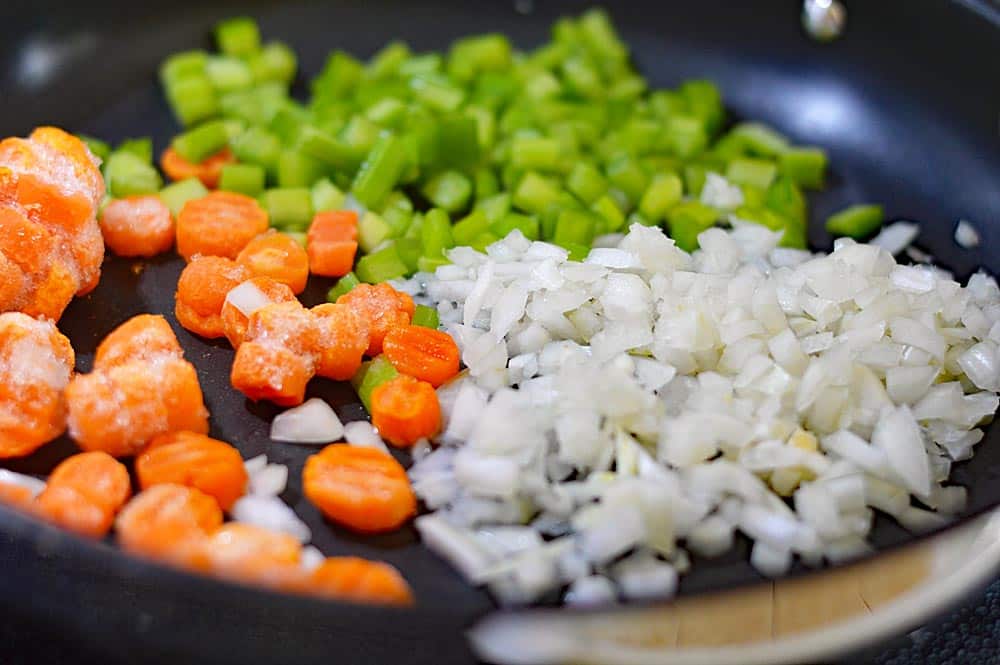 Now, let’s talk “chicken“.  I used what has become my favorite new product…soy curls from Butler Foods.  Not sponsored – just in awe of their versatility 🙂

I soak the soy curls in very hot broth, drain (reserving the broth for the gravy) and press them with paper towels. Saute them with the veggies until golden. 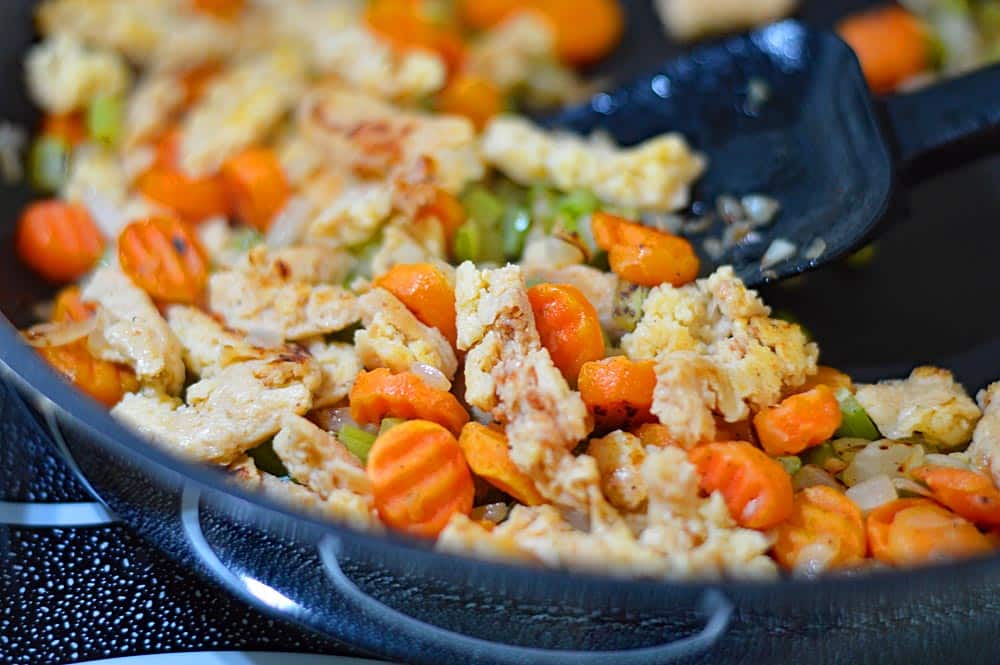 In goes the reserved veggie broth which I first whisked with just one tablespoon of the bouillon, parsley and vegan creamer (you can also use coconut milk or any non-dairy milk).  Season with salt and pepper, to taste. 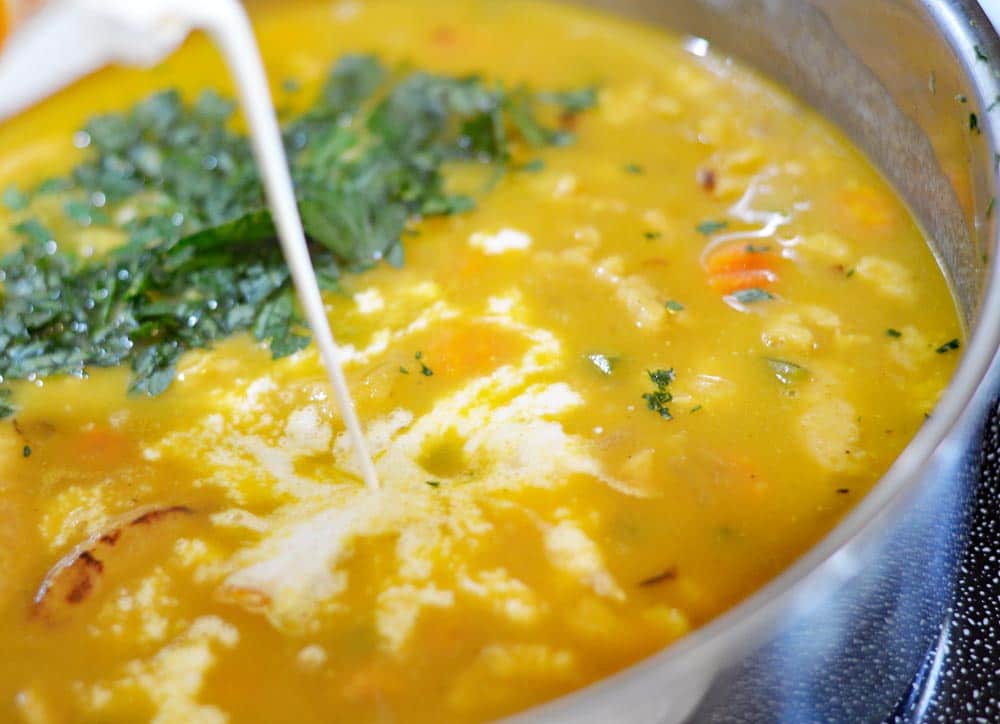 Cook for a few minutes or until it thickens just slightly.  You don’t want to reduce this too much because the biscuits will absorb some of that moisture.  You can always add more stock or cream to loosen it even after the biscuits have risen.

Speaking of those biscuits… These simple drop biscuits go right in, cover and let steam.  This is a very sticky batter, and in hindsight, I might have made fewer biscuits but larger.  Really mound them up because even though they will rise, they will sink into the gravy.

Regardless, they were delicious!  Two spoons or a large cookie scoop (sprayed with cooking spray) works well here. 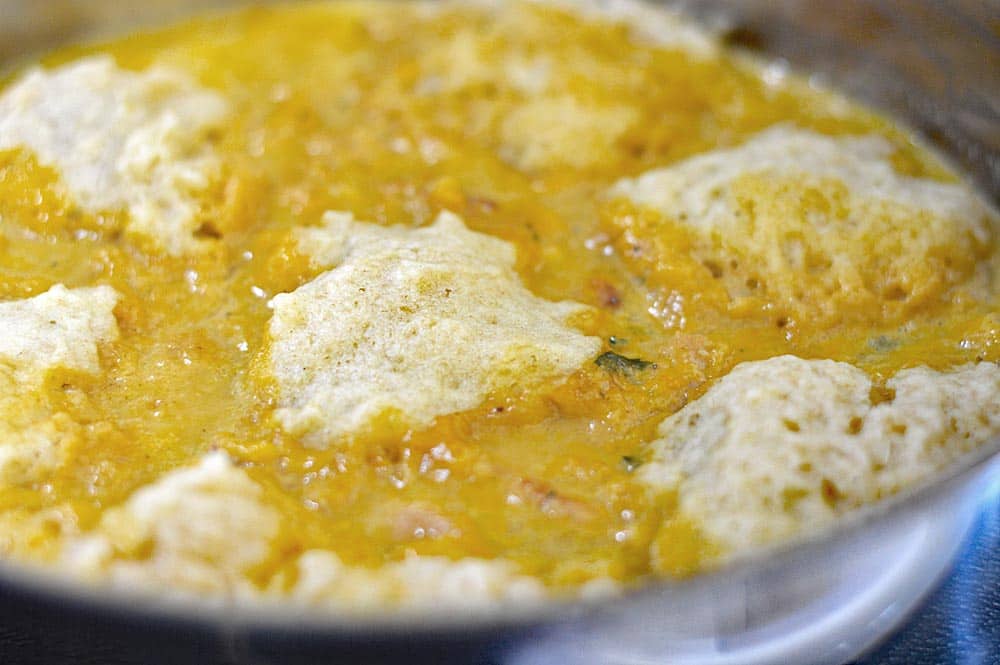 This recipe was so delicious that I will be definitely be making it again and again, and probably with variations on the theme.

If you’re into this recipe, you can check out my Vegan Chicken Pot Pie with Puff Pastry Crust on my sister site Living Vegan! 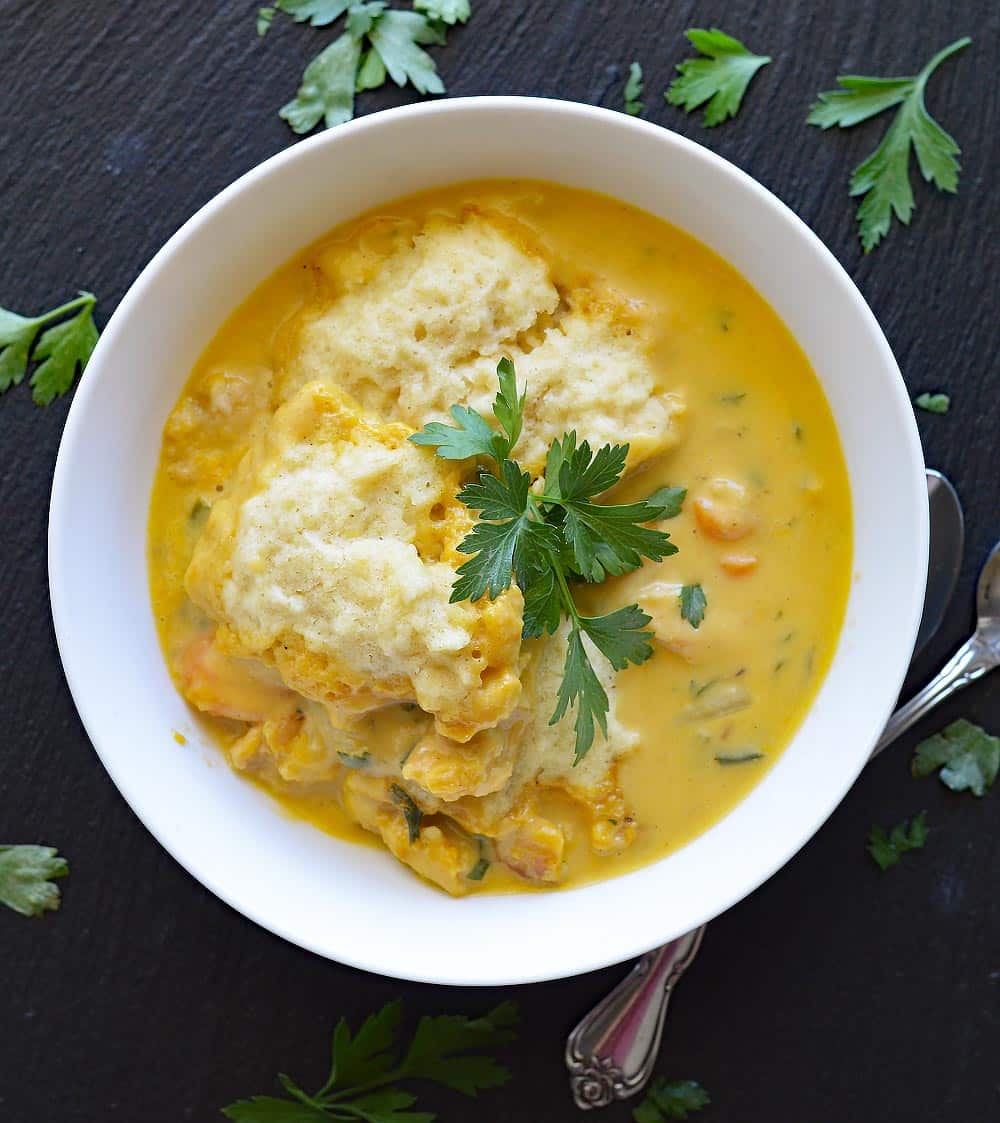 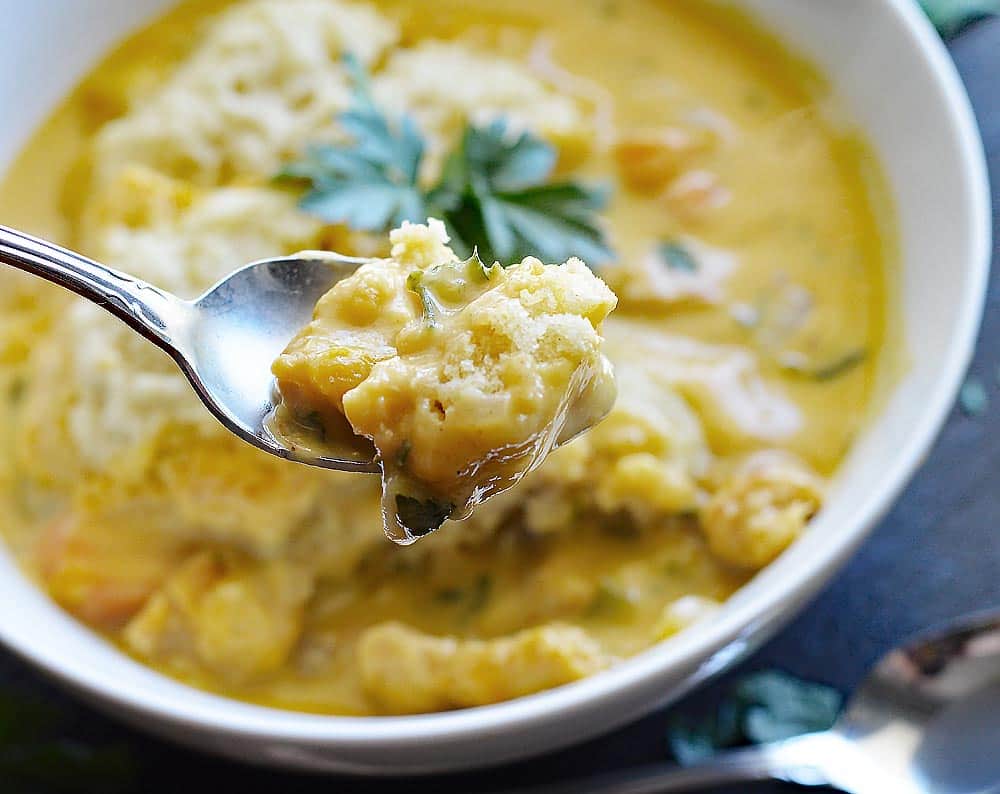 Did you make this recipe for Vegan Chicken and Biscuits?  Leave a comment below.

If you enjoyed this recipe, PIN IT FOR LATER! ? 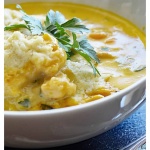